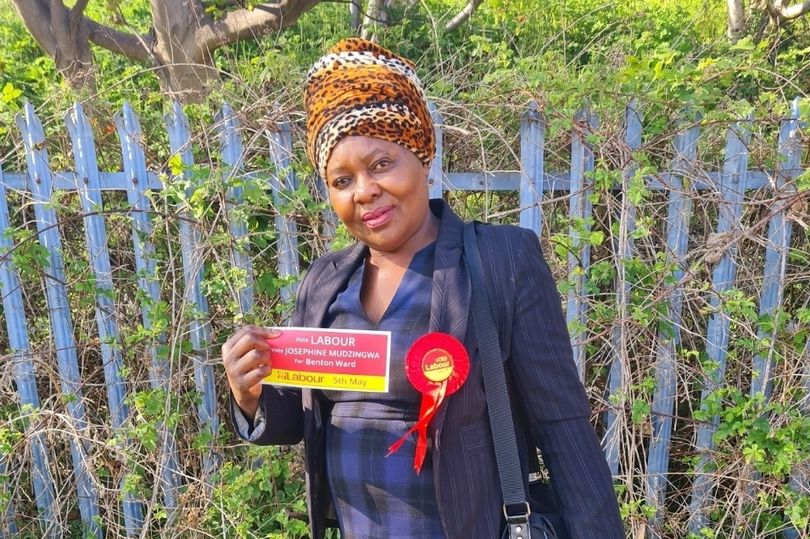 UNITED KINGDOM based Zimbabwean, Josephine Mudzingwa Siziba, has made history after she was elected the first black councillor of Britain’s metropolitan town, North Tyneside.

She moved to North Tyneside as a refugee over two decades ago.

Mudzingwa was running as a Labour Party candidate in Benton Ward in the North Tyneside council election.

North Tyneside went to the polls on May 5 and she her victory was quite a landslide.

The seat had previously been occupied by Peter Earley from the Labour party.

This is the first time North Tyneside has elected a black councillor in the local authority’s 48-year history.

Speaking after her victory, Mudzingwa promised to improve service delivery in the town.

“I am the first Black Councillor in the 48 years of North Tyneside’s history. I want every child to know they can sit on any seat on any table and feel included. Originally from Zimbabwe I have lived in the UK North Tyneside for over 20 years. North Tyneside is my home,” she said.

“My children went to Tennis at Springfield. My cousins went to St Mary’s and St Bath. Looking after a wheelchair user for  seven years made me realize I am more committed to the issues that affect people of Benton. I promise to listen and work hard to make Benton an even better place to live for everyone. I want to make Benton Proud.”

She added: “My thanks go to the people of Benton and Forest Hall who have elected me. Many thanks to everyone who helped in any shape or form by leafleting campaigning door knocking or louder speaking. During Covid-19 pandemic I gave people in isolation food African delicacies. My project Culture and Diversity North East is to reduce racism through community cohesion where we learn each other’s cultures.”