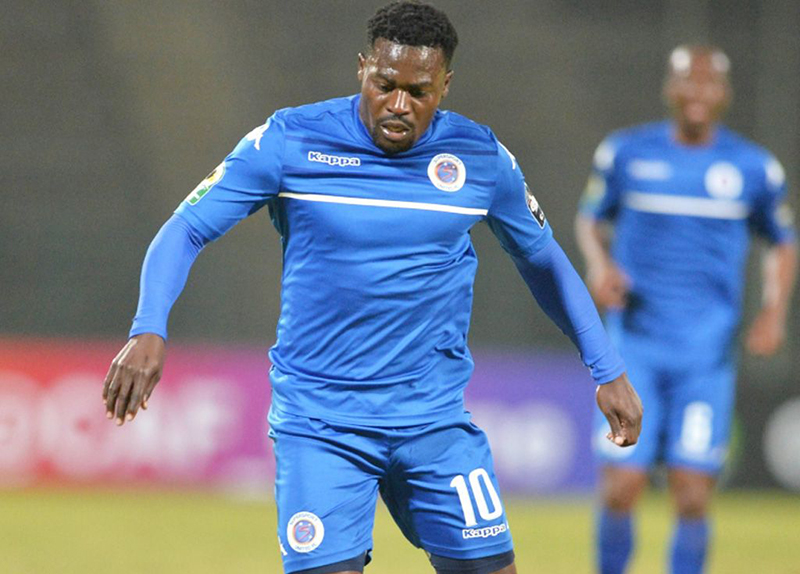 FORMER Warriors striker Kingston Nkhatha has made a return to South African football after reportedly agreeing an 18-month contract with National First Division side Mbombela United.

“Mbombela United has added Kingston Nkhatha to their Squad on an 18 months deal following his departure from Dynamos FC at the end of the season (in Zimbabwe).

“Join us in wishing Kingston a successful stay in the Tingwenyama camp,” the South African club said in a statement.

Nkhata returns to South African football after an unsuccessful spell at Dynamos which ended prematurely after he was released by the club after falling out with the leadership at the Harare giants.

Although Nkhatha failed to make an impact on his return to Zimbabwean football, he is highly regarded in South Africa where he scored 16 Premiership goals for Kaizer Chiefs from 2012 until 2015 under the guidance of ex-Amakhosi mentor Stuart Baxter.

He was a pivotal part of Baxter’s game-plan which brought two South African Premiership titles, a Nedbank Cup and an MTN8 crown to Naturena.

Nonetheless, at 33 and with his career seemingly winding down – he will now play his football for United in South Africa’s second tier.

He last played in SA for SuperSport United in 2017/18 before moving to Dynamos in Zimbabwe.

Nkhata has also played for Black Leopards, Carara Kicks, and Free State Stars in his 11-year stay in South Africa.