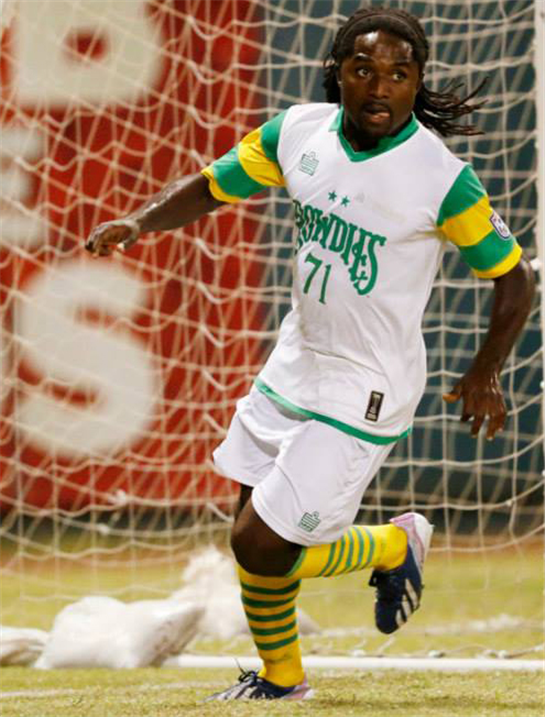 THE opportunity to join the most recognisable North American Soccer League club, one continuously with ambitious goals, but more importantly a place to grow as a player, was too good to pass up for Lucky Mkosana.
That’s why Mkosana siged with the Cosmos.
“The coaches I talked to were very determined and encouraging to help me be a better player and I feel like that’s important for any player to know the coaches have confidence in you so that’s the [thing that] most attracted me,” Mkosana told BigAppleSoccer.com this week.
Not only can he continue his progress with the aid of the coaching staff, but he will have players who have played at the highest level around him on the pitch. He will also get to soak in the tutelage of one potential strike partner in Spanish striker and legend Raul.
“I’m going to be training with him, sharing a locker room with him and the most important thing is I’m going to try to learn more from him as a forward,” he said.
While the Tampa Bay Rowdies did not renew his contract, the Cosmos were certainly keen to add the 27-year-old. The forward had been in contact with the 2013 Soccer Bowl winners for several weeks after his season finished.
The Zimbabwean will add depth either in the hole behind a main target striker or out wide.
“I’m pretty much versatile when it comes to any attacking position,” he said.
Mkosana scored four goals in 34 career appearances in Tampa Bay. He tallied 21 goals in 43 appearances at USL PRO side Harrisburg City Islanders and was also a draft pick of the Chicago Fire. He was selected 23rd overall in the 2012 MLS SuperDraft, but didn’t sign with the club.
The Cosmos play a possession-based style and look to get numbers forward. Facing them during his time with the Rowdies, Mkosana was impressed with the way the Cosmos played.
“Any time we’ve played them, I liked how they played,” he said. “The attacking style they play I feel like I have a chance to fit into the team.”
He also brings his NASL experience and he’s ready to try to help the Cosmos get back to the perch of the league.
“It’s up to the players how hard we want to win this year and try to win the league like [2013],” he said.
“For me it’s a big opportunity. It’s in my hands right now and I just need to work hard and that’s all I can control.”Advertisement