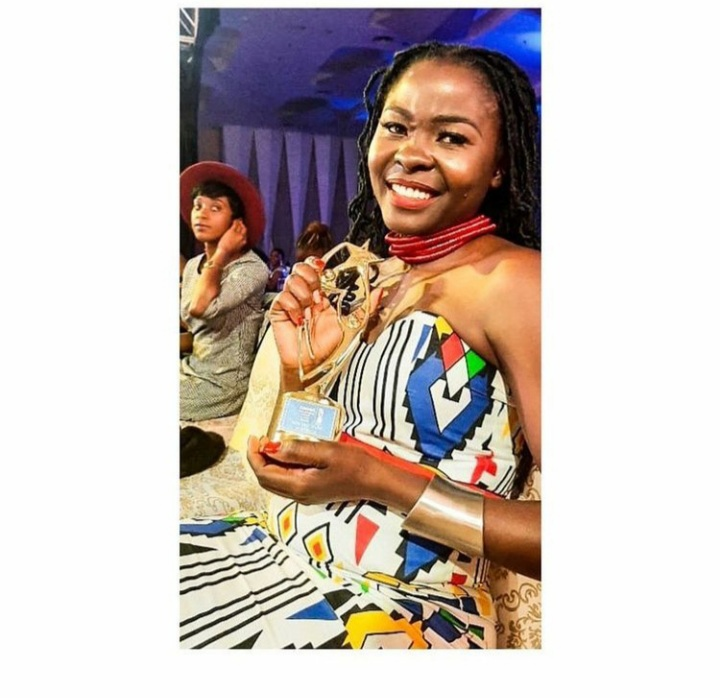 The awards ceremony was held at the Government Complex Buildings in Lusaka, Zambia under the theme; ‘Mask Up’.

Nocky was nominated for the gong along with other hairdressers in the region including, Perpetual Khumalo, Martha Jeremiah and one S Mwambapa.

Award recipients were selected through a voting system which opened on 2 March and closed on 30 March on the Zikomo Awards website.

Despite holding a Media Studies and English Honours Degree with the University of Namibia, Nocky has always had a passion for hair dressing since childhood.

In 2009, she professionally ventured into the craft as a mentee at Bulawayo’s Envogue Hair Salon.

Since then she has made strides in the hair dressing industry and now owns her own hair salon, Nocky Hair Salon in Namibia.

In an interview with NewZimbabwe.com, Nocky said she hoped to grow her business further following the recognition.

“I am so grateful for the recognition. This means growth to my salon business as I now have much exposure and recognition than before. I will surely grow as my talent has been showcased,” she said.

Nocky, however, bemoaned the lack of such recognition back home in Zimbabwe where hair dressing is considered as nothing but a ‘hobby’.

“Not enough is done at all to give us recognition. The hairdressing business is taken as only a hobby but most women are making a living out of it, it’s high time such skills are also recognised seriously as they contribute immensely to people’s lives in Zimbabwe.”