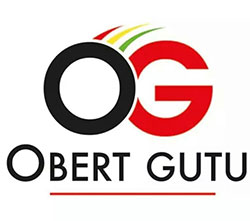 LET me commence this opinion piece by raising a somewhat controversial topic regarding Zimbabwe’s demography. For a country of Zimbabwe’s geographical size, our population is too little!
Recent statistics have shown that the world’s population is now around 7, 4 billion people. Zimbabwe, a landlocked country in Southern Africa with abundant natural resources has got a rather tiny population of about 14 million.
Indeed, we need to urgently boost our population and, at the same time, to boost our agricultural, manufacturing and industrial capacity. The SADC region has got a combined population of about 250 million and as it is right now, Zimbabwe’s population is too small to persuade major investors from setting up base in our beloved country.
Investors, when they conduct their due diligence exercises, look at a potential investment destination’s population statistics, amongst other various pertinent factors.
Let me reiterate that for investment purposes, Zimbabwe’s population is rather too small.
A number of readers might be thinking that I have been smoking some dangerous substance; but then I’m pretty serious and sober as a judge when I advocate for the rapid expansion of Zimbabwe’s population. South Africa has a population of about 60 million, Ethiopia has a population of about 77 million and Nigeria has a population of about 165 million.
Believe you me, these population statistics do seriously influence the decision of both domestic and foreign investors when they are planning where to locate their factories and industries.
This is the main reason why global conglomerates such as WalMart, Nike, Adidas etc are rapidly relocating to countries with huge populations such as China with a population of 1, 3 billion, Indonesia with a population of 200 million, India with a population of 1, 4 billion and Bangladesh with a population of 150 million.
Of course, other factors such as the low cost of production because of reduced labour costs etc are also taken into account when deciding where a multinational company is going to open up new investments.
For Zimbabwe to re-emerge as one of Africa’s economic giants, we really have to remove the straight jacket and to start thinking and planning unconventionally. We have an obligation to think outside the box. Every country has got its own unique circumstances when it comes to how socio – economic development has to be implemented. We cannot continue to adopt and utilise the one-size-fits – all approach.Advertisement

There are unique exceptions of very small countries with tiny populations that have managed to stimulate domestic industrial and manufacturing growth. The tiny Indian Ocean island of Mauritius is a case in point. With a tiny population of about 1, 3 million, Mauritius has successfully developed a niche as a financial and insurance hub for both Africa and the world at large. They have managed to do this by adopting very dynamic and flexible laws and regulations that attract foreign direct investment (FDI). As such, many of the world’s leading financial and insurance institutions are strongly represented in Mauritius.
A country like Zimbabwe can deliberately adopt investment policies that can make it attractive for the world’s major agricultural inputs manufacturing companies to set up base here. It should not be very difficult to ensure that all the tractors and other agricultural implements that are essential for modern commercial agriculture are manufactured and assembled in Zimbabwe. We have got a sophisticated commercial agriculture infrastructure that has, of course, been trashed and vandalised over the past 16 years or so as a result of the pursuit of a ruinous, populist and thoroughly ill -planned land reform program.
But our competitive advantage is that the commercial agriculture infrastructure can be rapidly rehabilitated and modernised if we just decide to take the bull by the horns and to start thinking, planning and strategising rationally, selflessly and patriotically. Yes, this can be done.
Zimbabwe’s information communication technology (ICT) skills are very well-advanced. Surely, there is nothing that can stop us from establishing Zimbabwe as the ICT hub of Africa. In that way, major companies such as Samsung, Huawei, Apple etc will find it very profitable to set up their regional bases in Zimbabwe instead of everyone rushing to go to South Africa, Nigeria or Kenya.
But then, we have an obligation to sort out our toxic and retrogressive brand of politics. We need an urgent and thorough overhaul of our national politics, across the board. We have to adopt a brand new and refreshing brand of genuinely nationalistic but focused politics that shall strive to always put the interests of Zimbabwe first. Crooks, wheeler dealers and corrupt criminals should immediately be washed out of our political spectrum. We really need a fresh start; a new beginning.
We should immediately do away with the scourge of career politicians. Let me boldly and fearlessly state, here and now that politicians should come and go. Politics should be a vocation and never a profession. We have got some very tired and expired men and women who have been sitting in Cabinet for the past 30 years or so. This is tragic. Indeed, this is a national disaster. Which developed country have you ever come across that has got career politicians who sit in Cabinet for three decades or more? Surely, as Zimbabweans we have got to be more serious and determined to take our beloved country to the
next level.
In highly successful corporations in the world of business, chief executive officers hardly stay in their jobs for a period in excess of five years. No matter how smart and effective you are as the company CEO, you know that after five or so years someone else will have to take over in order to breathe new life and new ideas into that organisation. This is called organisational renewal and regeneration.
My parting shot is very simple and straight forward. As Zimbabweans we have suffered enough under the depressing burden of a hopelessly failed political leadership that has perfected the ‘art’ of greed, thievery, corruption, indolence and patronage. We have to come out of our various comfort zones in order to challenge the status quo.
There is a Chinese proverb that says that a journey of a thousand miles starts with one step. After reading this piece, I humbly challenge all Zimbabweans wherever you might be based, to seriously think about doing something selflessly and patriotically for the good of our motherland.
Our destiny lies in our own hands.

Gutu is a Harare-based corporate lawyer. He is also the MDC national spokesperson. He writes this opinion piece in his personal capacity.