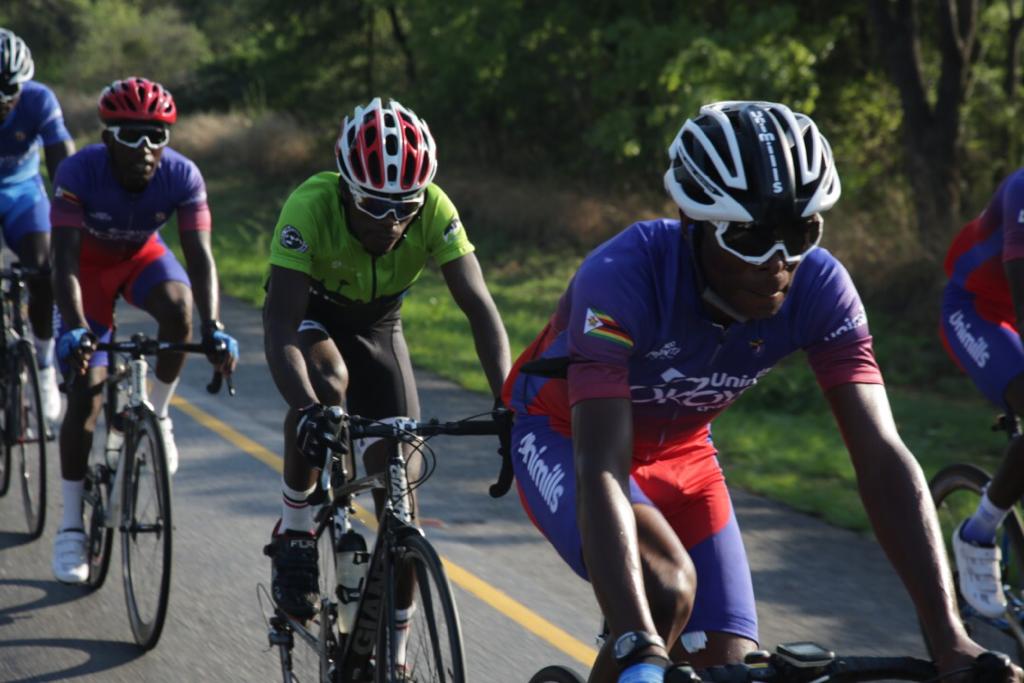 IT is here and the wait is finally over!

Zimbabwe’s biggest cycling event Tour de Great Dyke will roars to life this Thursday with more than 100 cyclists set to battle it out for honours in the three day event.

This year’s edition has been bolstered by a new flagship sponsor Nedbank, which poured in US$15 000.

The cycling event, which debuted in 2016, is organised by Zvishavane based radio station, YA FM.

Gabriel Choga, a coordinator of Tour de Great Dyke, said all was set for the novel three day cycling extravaganza.

“All is now set for the Nedbank Tour De Great Dyke which will be taking place from the 27th to the 29th of October 2022.

“The tour which will be launched at Zimplats’s Truck Inn, Selous on Thursday 27th October 2022 will see cyclists riding through Chegutu, Kadoma, Kwekwe, Gweru and Shurugwi enroute to Zvishavane.

“This year, a record 110 cyclists from major mines and cycling clubs are participating in the premier cycling event on Zimbabwe’s calendar.

“The tour is divided into three laps, namely the Zimplats lap from Selous to Kwekwe, the Unki lap from Kwekwe to Shurugwi and the Mimosa lap from Shurugwi to Zvishavane,” said Choga.

Mtokozisi Sibanda and Nkulumo Dube are the defending champions in the elite and masters categories.

Tour de Great Dyke is an initiative of the country’s mining companies to promote health and wellness.

Proceeds from this year’s event will be channelled to charity with over 100 children set to benefit.

“As the cyclists traverse the Great Dyke, the need for environmental sustainability will also be promoted. The Great Dyke is home to Platinum Group Metals producers Mimosa, Zimplats and Unki.

“Nedbank which has established presence in multiple continents in the world has come on board this year as title sponsor to give prominence to mining wellness, environmental sustainability and charity,” he said.