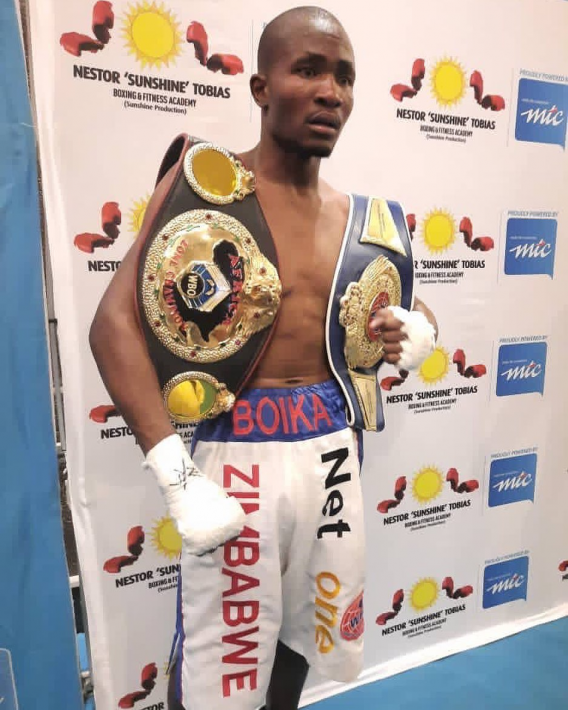 Zimbabwean Brendon Denes (26), who is affectionately known as “Boika” faces off against the highly-rated Tanzanian Hassan Mwakinyo in a high profile title bout which will be held in the Tanzanian capital Dar es Salaam on March 26, according to reports from Tanzania.

The Charles Manyuchi Academy product overcame a gruelling road trip to Namibia to stun the favourite Mikka Shonena of Namibia at the Windhoek Country Club Resort on December 12.

Denes’ highly fancied Namibian opponent went into the fight undefeated in 16 fights but found the going tough against the former student at Great Zimbabwe University.

With the knockout victory, Denes improved his professional record to eight wins with five knockouts. His opponent had not lost a fight before Saturday’s defeat and stood on 16 fights all wins with three knockouts.

He is yet to lose any bout out of eight he has taken part in will however have to be at his best against the highly rated Mwakinyo who has won 18 bouts while losing two.

However, a win on March 26 will further enhance Denes’ growing status in the super welterweight category on the continent as he continues to make a good impression since his professional debut three years ago.

Prior to turning professional, he enjoyed a successful amateur career where he finished with a superb record of 52 wins from 54 matches, losing only two bouts.

Denes who is currently signed with the Charles Manyuchi Boxing Academy under the mentorship of coach Ali Otto Phiri, also won 17 gold medals from national and regional youth games as an amateur.

In addition to his exploits in the boxing ring, Denes graduated with a Bachelor of Science Honours Degree in Politics and Public Administration from Great Zimbabwe University last year and was awarded the best graduating athlete at the institution.