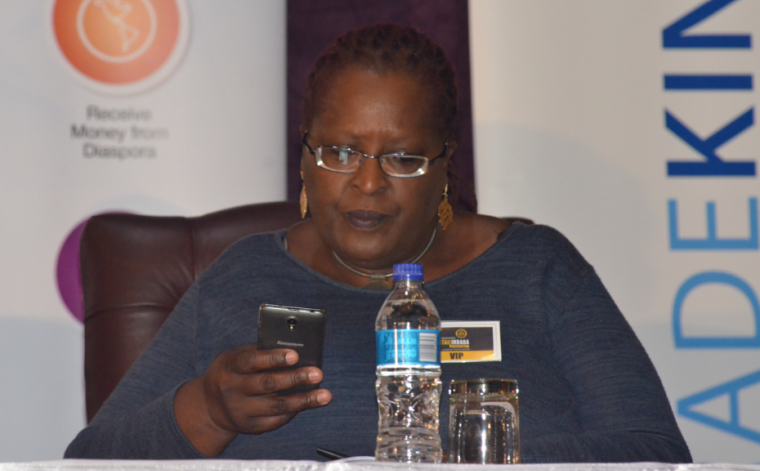 CONSUMER Council of Zimbabwe (CCZ) executive director, Rosemary Siachitema has expressed concern over government’s “slow” attempts to remedy a harsh economic crisis that has brought massive desperation in the country.

In a wide ranging interview with NewZimbabwe.com on Wednesday, Siachitema acknowledged current government efforts to revive the economy but said the pace did not match the situation on the ground.

“Yes there are some signs that we are doing the right thing, but it is just not enough and more still needs to be done. Just like when people talk about improving industrial productivity, action to fulfil such goals must be seen in motion.

“Let us see it happening, I don’t see it. Yes, policies are being implemented but we are not moving fast enough,” she said.

The consumer rights lobby boss described efforts to protect purchaser rights in the country as “not easy” because of the absence of key economic fundamentals which serve as supporting pillars.

Siachitema’s organisation has come under fire from some citizens who feel they were not doing enough in the current environment where prices keep rising, coupled with other consumer rights violations.

Consumers feel some prices do not match product or service quality.

Reacting to the accusations, Siachitema said there was need for citizens to appreciate capacity challenges bedevilling her organisation.

“We hear such complaints everyday but I would like to challenge such people to appreciate how the CCZ operates.

“We have been everywhere including the Reserve Bank of Zimbabwe when it comes to dealing with issues affecting consumer rights but we are just a voluntary welfare organisation and that is a limitation,” she said.

She added that financial challenges, coupled with the organisation’s small size made it difficult to attend to all complaints raised by consumers.

“But we are grateful that we have managed to sustain the fight until government’s realisation that there is need to enact a law which addresses consumer related issues and recently, the Consumer Bill went through the first reading and we are hoping that it will soon be enacted into law,” Siachitema said.