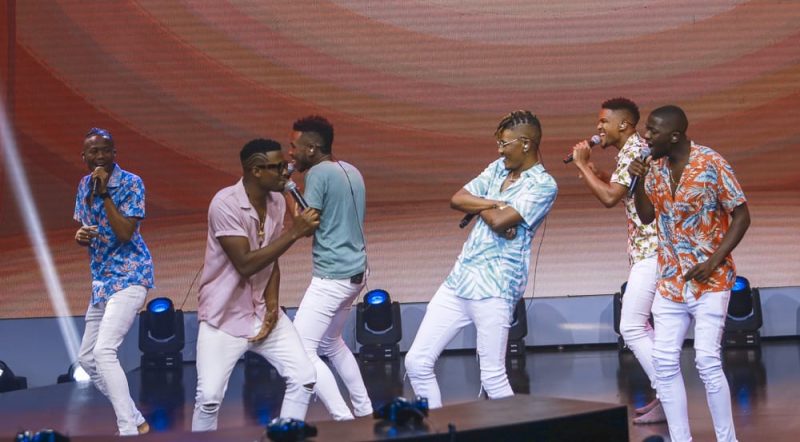 Over 500 contestants from Nigeria, Ghana, Kenya, Zimbabwe, and South Africa sent through their online video performances with successful entrants competing in the Amazing Voices second season.

The other music group from Zimbabwe, Effect fell out of the competition leaving The Unveiled representing the country.

The Unveiled, an eight member group made it to the semi finals where it faced off against Hush SA and Nigeria’s 121 Selah.

The second season’s finale witnessed a tight contest which saw all male gospel group, Hush SA pip over The Unveiled, scooping the US$100 000 prize money.

In a post on the social media page, The Unveiled congratulated Hush SA adding that the Amazing Voices had marked the beginning of their career.

“And that’s a wrap on Old Mutual Amazing Voices Season 2!

“What a journey it has been, thank you to you our family for being there every step of the way. We want you to rest assured, the journey is only just starting, God has so much in store for The Unveiled and we are more than ready to take on this journey with you.

“We are proud that The Unveiled and Effect represented our country well. We will continue to air content which showcases and recognises great African talents and our rich heritage,” he said.