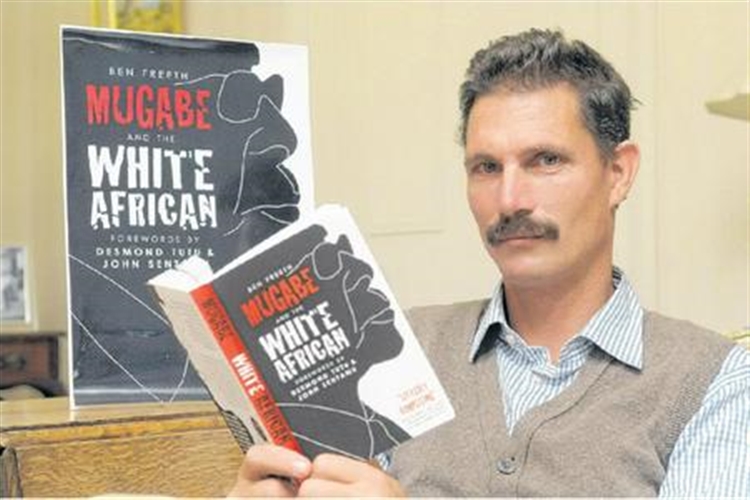 THE Zimbabwe government’s plan to compensate distressed white former commercial farm owners was just a propaganda exercise, one former victim who lost everything has claimed.

“It’s just to make the country look as if things have returned to normal and that property rights are being sorted out and that they are gradually ignoring the injustices of the Mugabe regime,” claimed Ben Freeth, who is furious that the Zimbabwe government would not be paying compensation for expropriated land, just assets, like housing and equipment.

In an open letter, Freeth said that he objected in the strongest possible terms to the fact that there would be no compensation forthcoming for the land. Commercial farmers who had built up ranching or wildlife operations would be very severely compromised if they were not compensated, he said.

Further, the decision not to pay out for expropriated land was against the findings of the SADC tribunal judgment in 2008 that ruled that compensation should be paid for land.

The international case was fought by Freeth’s father-in-law, Mike Campbell, who farmed mangoes, cattle and wildlife, some 100km from Harare, and who was later joined by some 77 other dispossessed farmers in the action. Using international law and various Human Rights Conventions that Zimbabwe had signed up to, the tribunal found that they should receive compensation.

Campbell, his wife, Angela and Freeth were earlier abducted and tortured in a bid to get them to withdraw the case. A senior cabinet minister, who wanted their farm, sent thugs to burn down their hay shed and safari lodge, terrorised workers and eventually, the family homes were burned to the ground, Freeth wrote.

Although Campbell, who never recovered from the torture, lived to see the outcome of the case, President Robert Mugabe later rejected the judgment in his birthday speech. Thus, Zimbabwe remains a country that failed to comply with the rule of international law, Freeth said.

His family was eventually evicted from their land, where some 500 game were slaughtered.

Freeth, 49, now living in Harare, said that while the compensation would go to the more elderly and those in dire financial straits, the money that they would receive, the new currency – the Real Time Gross Settlement (RTGS) – introduced recently, would not go far.

It was worth about $10million and once converted to the local currency, was currently about a fifth of the US dollar and would be worth even less as time went on.

Freeth was reacting to a statement issued last week which told that the government was planning to make an advance compensation offer for distressed former farm owners.

It applied to all farmers and title deed holders, whose property had been acquired by the government under the Fast Track Land Reform Programme who had not yet been compensated.

The statement about the new development “taken after some years of persuasion by farmer representative organisations” was issued on behalf of the Commercial Farmers’ Union, the Compensation Steering Committee and Valcon, a commercial valuation consortium.

They explained that $53m RTGS dollars had been set aside in the 2018/2019 budget for farmer compensation.

“Our view was that this should not be distributed to just a few farmers as full and final compensation, but should be open to all affected farmers as a small interim payment in acknowledgement that many are in dire financial distress after many years of inaction on the compensation front,” the statement said.

This had been accepted by the Ministry of Finance which had now asked for names of potential beneficiaries.

The three organisations said that as it was a limited fund, it was hoped that those who were not in such financial distress did not take up the offer so as to maximise the effect on the less fortunate.

Whether they took up this offer or not, did not alter their eventual rights to compensation, except that what they received now would be deducted from their final computation.

“This is a huge step by government in acknowledging that compensation is owned by them, that the delay has caused hardship and that they are now in a hurry to deal with this.”