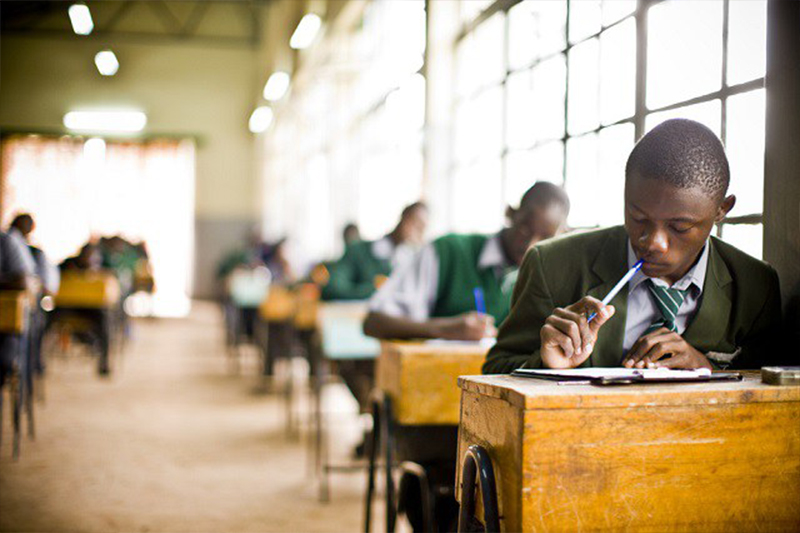 THE Zimbabwe Schools  Examination Council (ZIMSEC) has confirmed that one exam paper has leaked just a day after Ordinary Level final examinations commenced.

ZIMSEC said it was investigating candidates believed to have had access to Ordinary Level Mathematics Paper One.

The national exams agency said investigations are ongoing to establish how the paper was leaked.

“The Zimbabwe School Examinations Council would like to alert all its valued stakeholders that reports have been received that there are candidates who had pre-access to the Ordinary Level Mathematics Paper 1 (4004/1) which was written this morning (18 October 20222),” said the agency in a statement.

“ZIMSEC, the Ministry of Primary and Secondary Education, and the Zimbabwe Republic Police are investigating the leakage and have already identified some candidates who had pre-access to the question paper and are currently tracking down the source’s where the papers originated.

“The extent of the leakage is yet to be ascertained, after which the relevant authorities will make an informed decision on the administration of this paper.”

The examination body urged stakeholders in Zimbabwe to guard jealously the integrity of examinations.

“Police forensic laboratory is on high alert to reveal anyone who is sending or receiving the question papers therefore candidates are warned to refrain from participating in this malpractice so as to avoid cancellation of results due to collusion.” 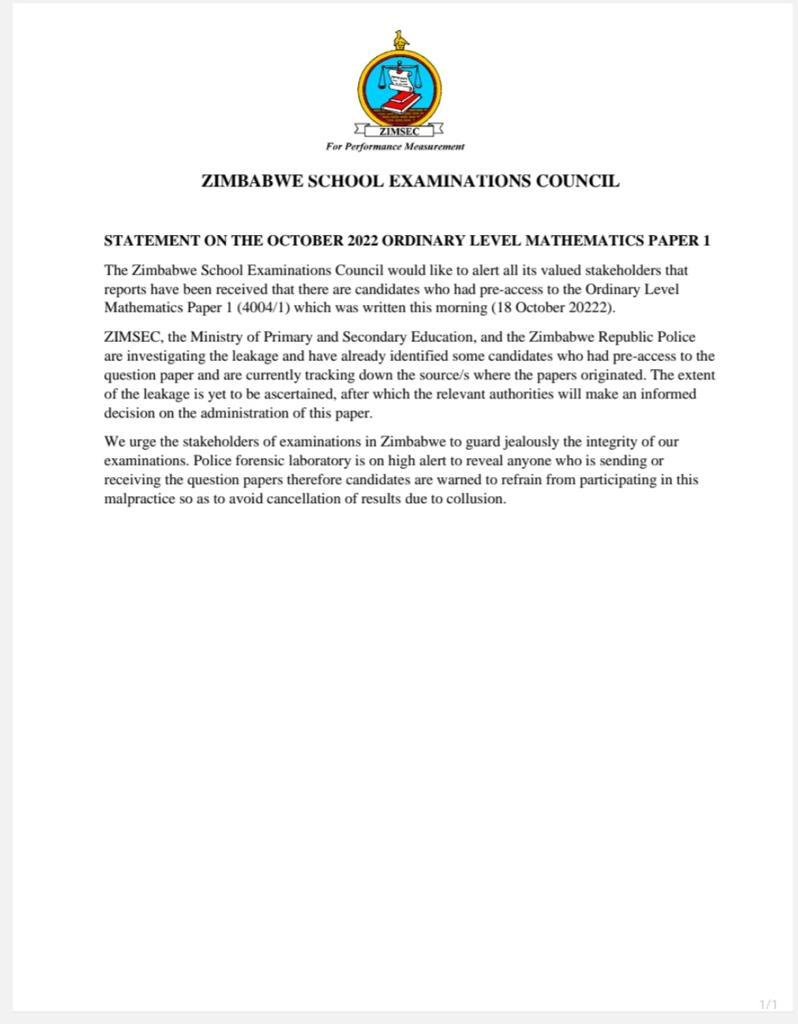