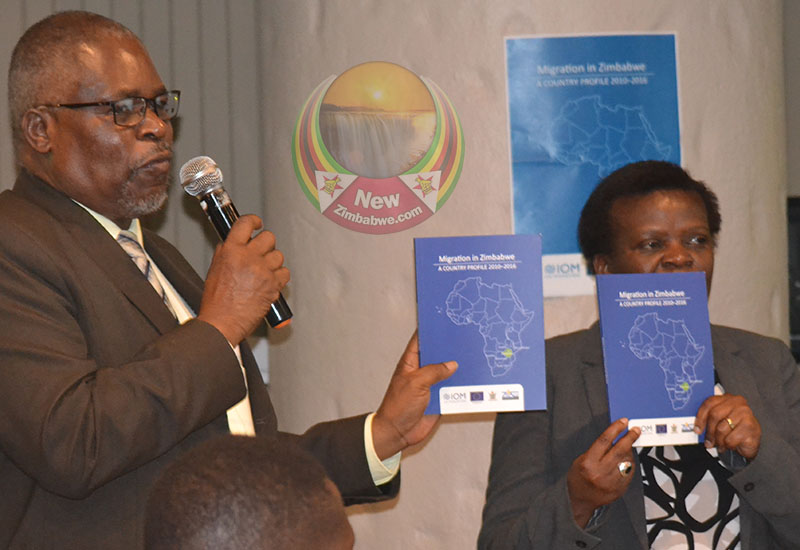 THE Zimbabwe National Statistics Agency (ZimStat) is finalising modalities to conduct a pilot project to test its system in preparation for next year’s population and housing census.

Speaking in Chinhoyi during a census sensitisation meeting Thursday, ZimStats Director-General, Taguma Mahonde said a trial run will be done between November 18 and 27, 2021.

The first of its kind, the pilot enumeration exercise would be “paperless” with data collection done on computer tablets, as opposed to the traditional hard copy questionnaires.

Mahonde said: “In November, that is next month, we are carrying out a pilot census to test our system. We don’t expect it to be perfect, we will go into the field, and back to the drawing board until it is perfected so that we test our logistical, and general preparedness to conduct the enumeration using the new method during the census scheduled for 21-30 April, 2022.”

He added: “Obviously, we are going to change the manner in which we have been doing data collection all along using paper questionnaires. We have said let’s embrace digitalisation and computerisation.

“So this time there won’t be any paper questionnaires, but rather our enumerators will have tablets and data synchronised to our server.”

Next year’s count will have a component to tally the number of housing units in the country.

“The one good thing about this round of census is there is now emphasis on the housing situation. That is why we are calling it the Population and Housing Census, as there are certain elements of housing as it relates to the standards of living.”

The agency has completed the design of a tablet questionnaire as it prepares for the actual census to be conducted from April 21 to 30 next year.

Switching to digital has its advantages, chief among them is reducing the time it takes to capture and collate the data. The process would take up to 24 months for the first batch of results to come out, but this would be reduced to six months.

“This is the impact of computerisation where we want to have results when everybody still remembers that we had a census,” the ZimStats director-general said.

A census is vital as it enables accurate population estimates to inform government policy and programmes, such as the National Development Strategy (NDS 1), Vision 2030 and Agenda 2063.

Census data is also used for research purposes by academia and determines the quantum of a country’s labour force, among other key economic indicators.