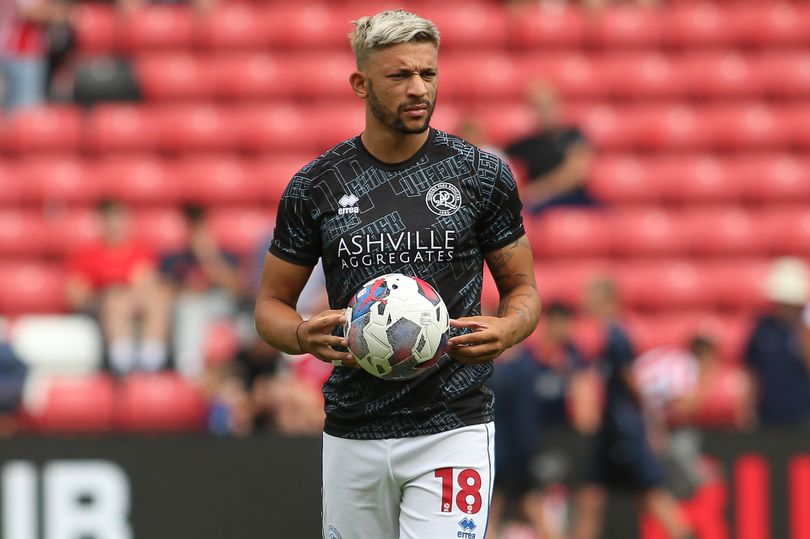 Macauley Bonne has left QPR after his contract was terminated by mutual consent and is being linked with Sheffield Wednesday and a possible return to Charlton Athletic.

The 27-year-old, who made 82 senior appearances in total during his time at the U’s and scored 16 goals, is now looking for a new club after leaving Loftus Road.

Bonne made 44 appearances for QPR in all competitions, scoring three goals.

He joined the R’s from Charlton Athletic in October 2020 and spent last season on loan at Ipswich Town.

Bonne made 25 starts and 59 substitute appearances during his time with Colchester.

The Ipswich-born forward scored his first professional goal on his 18th birthday when he netted for Colchester against Peterborough in October 2013.

Bonne’s contract at the U’s expired in June 2017 and he joined Leyton Orient, where he scored 49 goals in 102 games.

The Zimbabwe international was Orient’s top goalscorer during both of his two seasons at the O’s, scoring more than 20 goals in each campaign.

Bonne then left Orient in June 2019 and signed a three-year contract with Charlton Athletic, who paid in the region of £200,000 for the forward.

He left the League One side in October 2020 and signed for Rangers for an undisclosed fee, believed to be in the region of £2million.

Meanwhile, Bonne is being linked with Sheffield Wednesday as well as a possible return to Athletic.

Local reports indicate Wednesday are looking into the possibility of bringing Bonne to South Yorkshire, although no formal approach has been expressed yet.