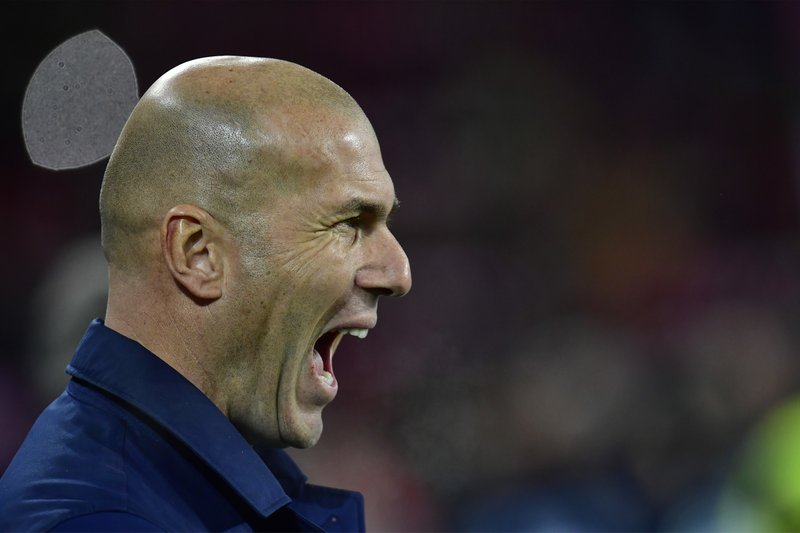 The Frenchman, who left Real last summer after leading the club to three successive Champions League titles, has signed a contract at the Bernabeu until June 2022.

Real’s board of directors met with Solari on Monday evening to dismiss the Argentine and rehire Zidane.

A club statement read: “The board of directors of Real Madrid, meeting today, Monday, March 11, 2019, has decided to terminate the contract that linked Santiago Solari with the club as coach of the first team.

“Real Madrid appreciates the work done by Santiago Solari and the commitment and loyalty he has always shown to what is his home.

“The board of directors has also agreed the appointment of Zinedine Zidane as the new coach of Real Madrid with immediate incorporation for the remainder of the season and the next three, until June 30, 2022.”

Real saw their season fall apart in the space of a week with back-to-back defeats in the Copa del Rey and La Liga, leaving them 12 points behind rivals Barcelona.

A surprise 4-1 home loss to Ajax in the Champions League followed, resulting in Real fans staging a protest outside the Bernabeu in which they called for Solari to be sacked and for Jose Mourinho to replace him.

Former president Ramon Calderon told Sky Sports News last week Mourinho was the first choice to take over and was approached by the club, but Zidane’s return has now been confirmed.

Zidane was first appointed Real Madrid boss in January 2016 after a spell in charge of the B team, and he became the first coach to win the Champions League in three straight seasons.