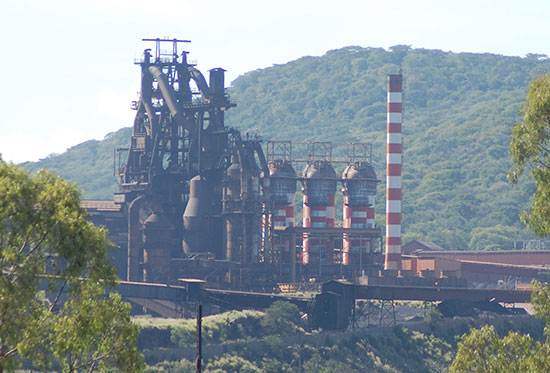 ZISCO’S domestic debt has increased to $200 million from about $72 million in 2010 in a development that has stalled efforts to revive the collapsed steelmaker.
The government sold the comatose company to Essar Africa Holdings in 2010 for about $750 million in a deal that was expected to see the revival of the firm, once the largest integrated steelmaker in sub-Saharan Africa north of the Limpopo.
But four years on, the company’s main Redcliff site resembles a neglected graveyard with the takeover stalled by various issues including disagreements over mineral rights.
It has also now emerged that Essar Africa is reluctant to proceed with the project as the company’s debt has ballooned to $200 million with the government seemingly unable to liquidate the obligations.
Under the terms of the takeover Essar would pay all of Zisco’s foreign US$300 million debts and 60 percent of the company’s local obligations with the government dealing with the balance.
But the cash-strapped government has not moved to address its end of the bargain.
“It (local debt) is an issue that needs to be sorted,” said a source close to the developments.
“The debt has ballooned and who would want to start an establishment under huge obligations?
“Even (Industry minister Mike Bimha) knows it, as he once rightly pointed out that no investor would want to commit funds into a company with huge debts. It does not make business sense.”
Bimha however said the government was working on ways of liquidating the company’s domestic obligations.
“We have engaged Minister (of Finance and Economic Development) Chinamasa on the issue, obviously to find a solution (on the matter), but it is not an issue delaying the re-opening. A lot is happening,” he said.
In May this year, Essar Africa said it would invest $650 million over a two year period to build a 500,000 tonne steel plant at Redcliff.
Company director Firdhose Coodvadia said the Zimbabwe’s current steel consumption was 100,000 tonnes per annum, which means the remainder would be exported.
Steel production was expected to rise to one million tonnes in the second phase of the development with the company also planning to build a 300 megawatt power plant.Advertisement