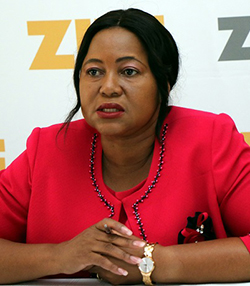 THE 58th edition of the Zimbabwe International Trade (ZITF) fair kicked off in Bulawayo on Tuesday with some 367 direct exhibitors taking part over the five-day business expo.
Addressing a press conference in the city, ZITF company board chairperson, Ruth Buyi Ncube, said this year’s showcase has managed to attract exhibitors from the SADC region, North Africa, Middle East and Europe.
“This year we have a fair representation from the international business community with Senegal making a maiden appearance at the show. Individual countries exhibiting include Botswana, China, Ethiopia, Indonesia, Iran, Japan, Kenya, Germany, Malawi, Mozambique, Namibia and South Africa,” said Ncube.
This year’s trade fair is being held under the theme ‘Harnessing Linkages for Industrial Development’.
Ncube said, in line with the theme, the company has invited international business delegations and potential investors to meet local industry players during the fair to encourage business linkages and promote industrial development.
“This theme puts particular emphasis on developing and nurturing existing relationships across the economy so as to attain sustainable development,” she said.
“It is an effort to move the country towards fulfilling the SADC industrialisation strategy and roadmap which premised on the conviction that industrialization is the key to unlocking Africa’s economic potential.”
On Wednesday, the company in conjunction with the National Economic Consultative Forum will host the ZITF International Business Conference which will be officially opened by vice president, Emmerson Mnangagwa.
Zimbabwe’s premier international exhibition will be officially opened on Friday by Namibian President, age Geingob.
Last year a total number of 354 exhibitors participated at the trade fair.Advertisement