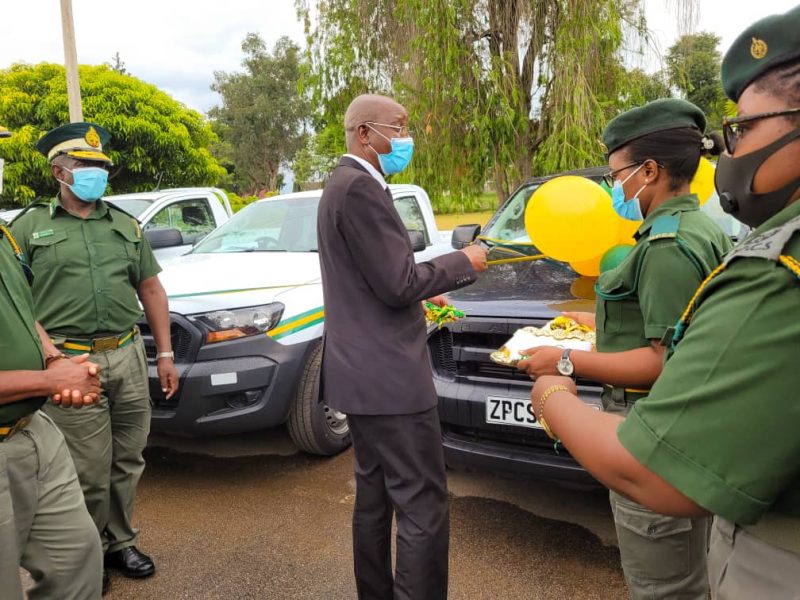 THE Zimbabwe Prisons and Correctional Services (ZPCS) Tuesday received a new fleet of vehicles procured through the Office of the President and Cabinet.

This comes at a time the ZPCS has been hard hit by crippling transport shortages with reports that the country’s 46 prisons were being serviced by only 11 security vehicles.

The vehicle shortages had seen some inmates failing to attend court.

During the handover ceremony at the Harare Central Prison, Justice Minister Ziyambi Ziyambi could not hide his joy while commissioning the fleet at a colorful event, which also saw the ZPCS launching new uniforms for inmates.

“We now have a strong emphasis on the correctional aspect and reintegration aspect and as such, we wanted to have our officers transformed… we then realised our officers were incapacitated in terms of transportation,” he said.

“For you to carry out your duties well you need to be mobile to transport prisoners. The officers themselves need to be mobile. So I want to thank Commissioner-General Moses Chihobvu for pushing for this.

“I remember the last two years, it was him and the late Commissioner-General Paradzai Zimondi making a lot of noise saying we need vehicles.”

Ziyambi said transport was critical for prisons because it is one of the security sectors including the police, army, and the Central Intelligence Organisation.

“So today (Tuesday) it’s a very joyous occasion. The President heeded our call. We now have the lorries there, the buses, and operational vehicles which are also critical to our function.

“We needed to do this function and thank his Excellency for what he has done. I promised him to go back and say we had a handover function, but we need some more,” he said.