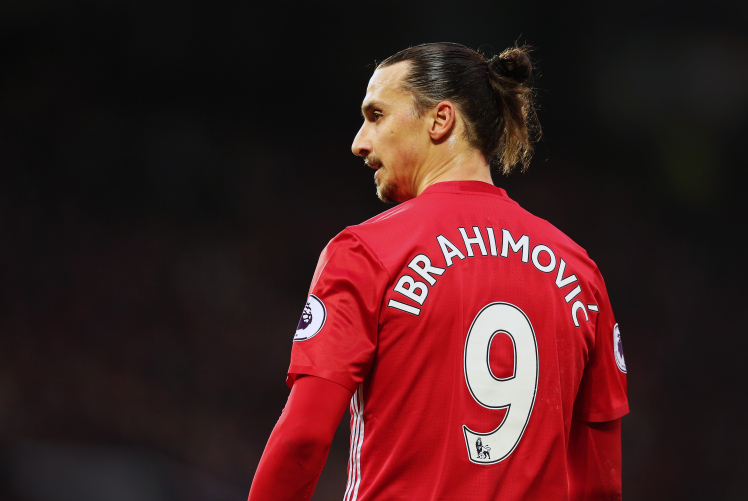 Zlatan Ibrahimovic is eyeing a chance to play at another World Cup, even though the coach of Sweden’s national team was convinced that the veteran striker had no desire to return.

The 36-year-old Ibrahimovic retired from international soccer after the 2016 European Championship to focus on prolonging his club career. Despite not playing for Manchester United since December because of knee injury, Sweden’s all-time record scorer said there is a chance he could make a comeback.

“The door hasn’t been shut to anything, really,” Ibrahimovic said Thursday on the sidelines of a tennis event in Stockholm.

That, however, is at odds with what Sweden coach Janne Andersson said Wednesday.

“He said, ‘No’ to me last summer and for me I respect that,” Andersson told The Associated Press at a World Cup workshop in Sochi, Russia. “I respect his decision.”

Asked if plans could change if there were injuries in the Sweden squad, Andersson said: “The reality is he said, ‘No.’”

Ibrahimovic, who scored 62 goals in 116 games for Sweden, played at the 2002 and 2006 World Cups but missed out on the last two editions after the team failed to qualify.

Sweden qualified for this year’s World Cup in Russia by beating Italy in a playoff. The team will play South Korea, Germany and Mexico in the group stage in June.

“I want to play, with the club team, with the national team … to me, it’s the same,” Ibrahimovic said, adding the Swedish players “have done a good job.”

“Watching the others playing in the national team,” Ibrahimovic said, “it’s tough.”

Swedish soccer federation secretary general Hakan Sjostrand said Ibrahimovic’s return is a matter between the player and Andersson, but added that it could be beneficial for the national team.

“I think that a fresh and motivated Zlatan will add something at all levels,” Sjostrand told the Aftonbladet newspaper.