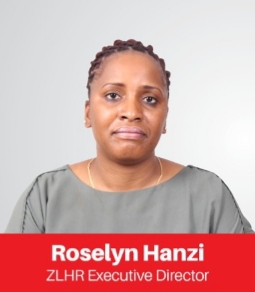 The Vera Chirwa Award is an annual accolade bestowed on African champions for human rights by the university’s Centre for Human Rights (CHR) which falls under its law faculty.

Hanzi’s organisation has been at the centre of numerous fights in defence of ordinary citizens, opposition politicians and journalists targeted for abuse by the Zanu PF regime over the past year and beyond.

“The award was in recognition of her work in championing human rights protection in Zimbabwe and the ZHLR where she leads the organisation’s work in human rights litigation, education and awareness despite unfavourable conditions,” reads a statement on the CHR website.

Despite the harsh conditions, ZLHR has managed to win ground-breaking cases in defence of human rights, including that of journalist Hopewell Chin’ono which had been dragging for over a year and numerous others protecting the environment.

Its anti-impunity initiative has also recorded positives, with police officers and government officials fingered in cases of human rights abuses being sued successfully.

“What a way to end the year 2021 with all its tribulations. Join us in congratulating our executive director Hanzi who has been honoured by CHR as a human rights champion,” said ZLHR after the announcement.

As a result, she and her husband, Orton Chirwa, were arrested on 24 December 1981 and sentenced to death by the authoritarian regime of Hastings Kamuzu Banda.

While in detention, they were tortured and denied proper medical attention which led to the death of her husband on 20 October 1992.

She spent 12 years in prison and was released on 23 January 1993. After her release, she continued her human rights activism. She later became a member of the African Commission on Human and Peoples’ Rights in 2000 as its Special Rapporteur on Prison Conditions in Africa.