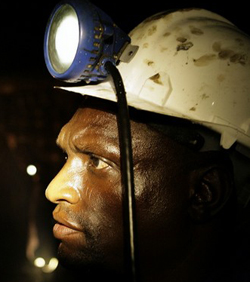 THE state-owned mining investment vehicle, Zimbabwe Mining Development Corporation (ZMDC) says it has secured foreign investors to inject capital into its three gold mines and expects to conclude two deals next month.
ZMDC which owns Elvington, Jena and Sabi, is seeking over $50 million to recapitalise the mines.
Only Jena is fully operational, albeit at a loss, while the other two – Sabi and Elvington – are under judicial management and care and maintenance, respectively.
The company’s acting general manager, Wilson Chinzou told The Source on Monday that the board had gone through presentations from the investors and would soon make recommendations to the ministry of mines for approval.
“We are most likely to see conclusion of one to two deals in February for all three mines,” he said, without disclosing the names of the investors or the amounts involved.
He said potential investors from Europe, Asia and South Africa had expressed interest in the mines.
“I wouldn’t tell you where they are from but as you know we need more than $50 million for recapitalisation of the mines,” he said.
Elvington Gold Mine, which used to be ZMDC’s biggest gold producer but was mothballed in 2003 following the collapse of a mine shaft, is estimated to require $13 million and is currently conducting sand retreatment at two dumps.
“At the moment we are almost at breakeven point and hope to produce 14kg in the next two to three months,” he said.
Two weeks ago, state television reported that ZMDC’s gold operations were registering high production costs, at $1,695 per ounce against current bullion price levels of just under $1,300 per ounce.Advertisement