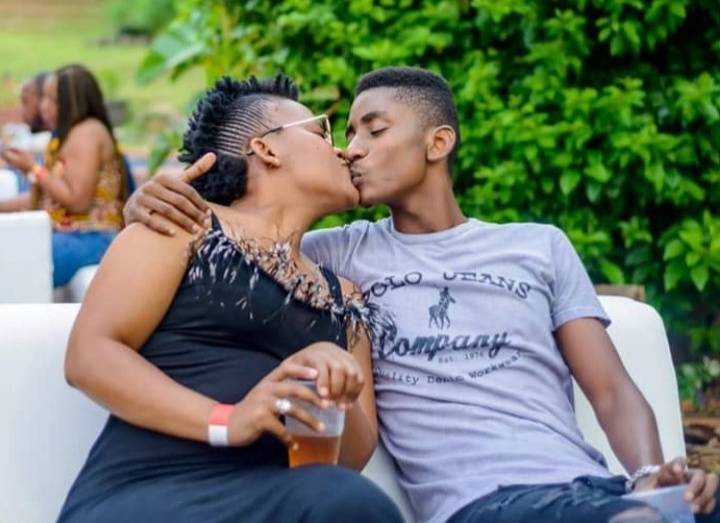 JUST a few months after she broke up with her fiance Ntobeko Linde, South African dancer Zodwa Wabantu has found new love, this time in a younger boyfriend, one Vusi Botheli who has quickly earned himself the nickname “Ben 10” for dating a much older woman.

This is after the pair has not resisted the temptation to take its relationship to the social media.

The 34-year-old, known for her dances without underwear, has been posting pictures on Instagram and Twitter with new boyfriend Vusi (23).

Vusi walks into the South African entertainer’s life not too long after Zodwa Wabantu went separate ways with Ntobeko with the couple’s wedding bells ringing.

Zodwa took to Twitter to declare, “We are Young and Old” before she went on to say “you decide which is which”. She was referring to her new relationship.

Vusi also has a response to haters and this is what he had to say, “I know people are already judging me, calling me names, I’m not her Ben 10, I’m her boyfriend”.

He is currently a student with the Durban University of Technology and runs a graphic design business.