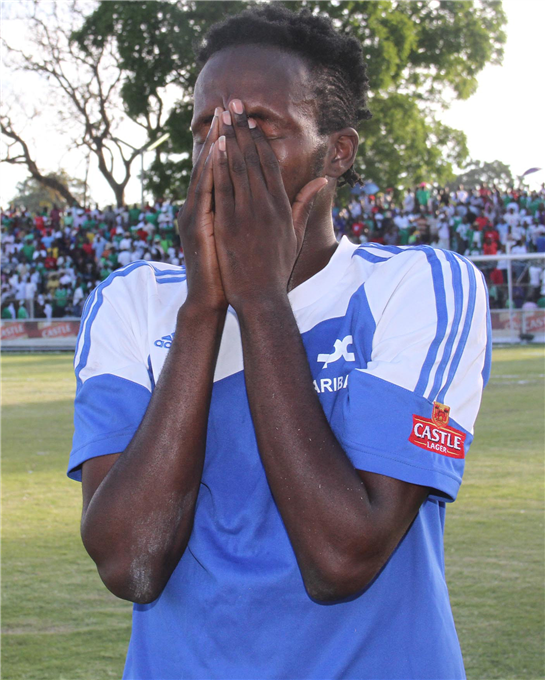 ZPC Kariba 2-3 Caps United
Sports Reporter
ZPC Kariba failed to rise when it mattered most, falling to Caps United 3-2 at Gwanzura on Sunday in a game where they needed just a draw to sew up their maiden league title.
After a fine run that saw them reach their last league match leading Dynamos on the league table with two points having amassed 56 points.
But the good run came to a screeching halt with the defeat to Caps United on Sunday.
With Dynamos handing How Mine a 2-0 defeat across town at the National Sports Stadium, it was game over for ZPC Kariba as they could not manage the draw they needed to be crowned champions of Zimbabwean football.
It was their defensive frailties which proved to be their biggest undoing as they were caught napping on several occasions.
First half goals from skipper Tapiwa Khumbuyani, Honey Chimutimunzeve and Ishmael Thindwa helped Caps United finish in third place on the table with 53 points while Limited Chikafa and Moses Makanje scored for ZPC Kariba.
Kariba coach Saul Chaminuka looked dejected and downcast in his post-match interview.
He blamed his defence for the failure to land the championship.
“We defended badly. On the first goal, our defenders went to sleep and someone heads the ball in. Our defenders were supposed to attack but they gave them too much space,” he said.
“I don’t think they were complacent but it is the weight of expectation that was proved too much for them. We were under pressure more than them.
“Caps were the more comfortable team. They don’t play like this, I think you agree with me. They had nothing to play for and were very comfortable.
“Of all the games we have played this season, none of them had pressure of this magnitude. But I am proud of my players’ performance. I can’t ask for more and anyone who asks more from me I don’t know.
“Imagine playing 30 games away. We were always travelling; if we were playing at our own stadium we could have won this championship with five games to spare.
“But we have learnt a lot and next season we are going to re-launch the championship bid.”
Caps assistant coach Mike Madzivanyika, who was in charge in the absence of head coach Taurai Mangwiro who is attending coaching course in Cameroon, was happy with the victory and dismissed suggestions they had nothing to play for.Advertisement

“I told you before we wanted to finish in third place. I don’t know why people think we had nothing to play for,” he said.
“We knew there was danger coming if FC Platinum won and we lost. We have achieved our objective of a third place finish. That’s all we wanted.”
However, there were disturbances at Gwanzura as Caps United supporters who backed ZPC Kariba to win the title later turned violent.
The supporters hurled missiles at their players after Khumbuyani had a goal-bound shot cleared from the goal line by Peter Muzondo towards the end of the game.
They were apparently not happy with their relentless attack on ZPC Kariba goal as they did not want Dynamos to win the championship.
FIXTURES
Sunday: Harare City 1-0 Chicken Inn (Rufaro), Triangle 2-1 Shabanie Mine (Gibbo), Black Rhinos 1-1 Bantu Rovers (Rimuka), Buffaloes 1-1 Hwange (Sakubva), FC Platinum 2-0 Chiredzi (Mandava), Highlanders 2-0 Chapungu (Hartsfield), ZPC Kariba 2-3 Caps United (Gwanzura), Dynamos 2-0 How Mine (National Sports Stadium)