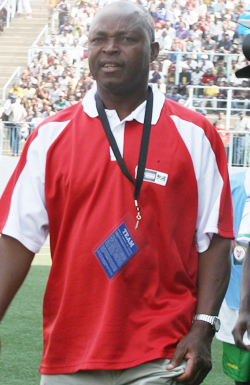 ZPC Kariba and Harare City will each continue with the bid for the first ever major piece of silverware in the top-flight league when they clash in a Chibuku Super Cup semi-final at Mandava Stadium on Saturday.
Kariba had their debut PSL campaign last season and have never played in the final of a major knockout competition.
City, on the other hand, have also never won a major trophy since their maiden PSL season in 2012 although they were losing finalists of the Chibuku Super Cup last season where they lost through a penalty shootout.
It has been near-misses for City and ZPC Kariba in the league race, with both missing out on the league crown on the last day of the campaign in 2013 and last season respectively.
They now have a chance to each claim a prestigious title when they seek to proceed to the final of the Chibuku Super up and eventually win the competition.
ZPC Kariba coach Sunday Chidzambwa has won different top accolades as Dynamos coach including league titles contrary to his City counterpart Taurai Mangwiro.
“We are fighting to avoid relegation so we have targeted the Chibuku Cup as solace for missing out on the league crown. It would be good if we win it,” Chidzambwa said.
“ZPC Kariba are still a new club in the PSL but last season we almost won the league title although I was not there. It would be good for us to have our first trophy in the cabinet.
“It would be something to cherish at the end of this difficult season. When we are asked what we played for this season we will simply point out at the Chibuku Super Cup.”
The winner of this competition will represent Zimbabwe in next year’s Confederations Cup.