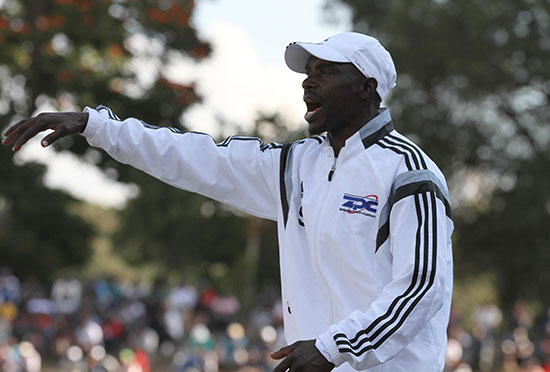 ZPC Kariba 3-1 Buffaloes
EVER modest, SAUL Chaminuka might have stuck to his gospel that his ZPC Kariba are not chasing the Castle Lager Premiership title but the body language of his players, after Wednesday’s big win, suggested otherwise.
And they won’t surrender any time soon. Having been outplayed in their last match, a loss to FC Platinum at Mandava, there were fears that ZPC Kariba would not have the character to bounce back in what has been a tough championship race led by defending champions Dynamos.
But Chaminuka’s men showed that they are made of steel, with a good performance that powered them to a crucial win against the coach’s former side, to keep alive their battle for the premier prize on domestic football.
“I am happy we have won,” Chaminuka said after the game. “I think now I am relieved and I am positive that we are going to finish in the top four.
“What I just want to do is, maybe, pick one win out of the three (games) that are left and, if I win just one game, it’s confirmed I am in the top four. For me that’s my target.
“I never mentioned going for the title. I have always played to survive relegation, getting into top eight and after top eight, top four.
“And I think these three to me are the important targets.”
ZPC Kariba are just three points behind Dynamos. They meet the champions in their penultimate match of the season, in what could be a championship decider, although they have a tricky tie against Harare City at the weekend.
On Wednesday, they took the lead 31 minutes into the game when veteran forward Limited Chikafa received a cross from Trevor Chikede on the right channel of the attack and, unmarked, fired home from close range, beating ‘keeper Itai Chiwara, his former teammate at CAPS United.
The Buffaloes’ keeper had a bad day at the office as he made a number of blunders forcing coach, Moses Chunga, to withdraw him from duty.
His blunder, two minutes before the break, presented the hosts with a chance to double their lead, which they didn’t blow, when he lost the ball, after a back pass from Philip Thembani, and Norest Mkwezaramba fired home.
Gangly forward Moses Makanje then sealed victory for the hosts in the 56th minute when he headed home a cross from Pride Tafirenyika, back into the line-up after missing the game against FC Platinum as he served suspension.Advertisement

Buffaloes got their consolation goal from Lloyd Katongomara five minutes from the end of regulation time.
Chunga refused to blame his ‘keeper saying that the whole team did not come to the party.
“We can look at the many blunders our goalkeeper made but he doesn’t play alone. It’s not a singles tennis (match); it’s a team so the whole team has to be blamed,” said Chunga.
“The result is a bad one for us because we didn’t come to the party and I don’t know what the boys were thinking but I am not happy with the first half performance.”
He said he pulled out his ‘keeper because he had lost his confidence.
“It happens in football but we had to make a change because his (Chiwara) confidence was low,” said Chunga.
“I don’t think they were too strong, if you saw our performance in the first half we were giving them acres of space.
“I am not looking at what position we are in, as long as we are above relegation, because there are many issues, so we are trying to manage the situation and see how it goes.”
RESULTS
Wednesday Results: Harare City 3-5 Dynamos (Rufaro), Shabanie Mine 1-3 How Mine (Maglas), Chicken Inn 1-1 Triangle (Hartsfield), Chapungu 2-3 Bantu Rover (Ascot Stadium), Chiredzi 1-2 Black Rhinos (Gibbo), Caps United 0-0 FC Platinum (National Sports Stadium), ZPC Kariba 3-1 Buffaloes (Gwanzura), Hwange 3-1 Highlanders (Colliery).