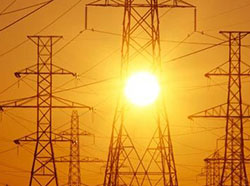 THE Zimbabwe Power Company requires close to a US$100 million to set up a 30 Mega Watt (MW) mini-hydro power plant at Gairezi in Nyanga, a move expected to improve electricity generation in a country currently dogged by continuous power shortages.
ZPC, a subsidiary of Zesa Holdings in charge of generating electricity, was granted a licence for the project last year and feasibility studies for the project had been concluded.
“Zimbabwe Power Company (ZPC) proposes to develop the Gairezi Mini Hydro Power Project on Gairezi River. The project is situated about 275km Northeast of Harare and 120km from Mutare, ZPC announced in a notice last week.
The project was expected to take between 25 and 35 months to complete and the engineering phase which involves generation of specifications, tendering for engineering, procurement and construction (EPC) contractor and EIA is already progress.
“Access is by road either from Harare or Mutare. The project envisages harnessing the hydro-power potential of the river by construction of a diversified dam across Gairezi to divert the design flows to a power house through a Head race tunnel,” said ZPC.
Consistent with the Environmental Management Act, ZPC is conducting an Environment Impact Assessment (EIA) for the project.
“Stakeholder’s consultation is a key activity of the EIA process. ZPC has appointed Ascon Africa Environmental Consultants to conduct the EIA,” said ZPC.
The country is experiencing huge power deficits which have impacted negatively on industrial performance and consequently the economy, with the country generating an average of 1,200MW out of a requirement of 2,200MW.
ZPC said it was also considering re-activating the Harare, Bulawayo and Munyati thermal power plants.
The company said the project involved replacing the current boiler plants with new Circulating Fluidized Bed (CFB) technology.
It said this would increase the generating capacities of the three power stations to 340MW from the existing installed capacity of 310MW.
The development comes as power generation for all thermal power stations was below target during the first half of the year.
The low generation capacity has been attributed to breakdowns at Hwange Power Station, resulting in loss of Generators 1 and 2.
Intermittent generation at all the three thermal power station was due to costly transportation of coal and ageing equipment and temporary loss of Kariba Generator 2 owing to modernisation work.Advertisement

Last month, Hytoric Enterprises announced that it was planning a 600 megawatts (MW) power generation plant in Zimbabwe.
Hytoric, which trades as Southern Energy, has since submitted its proposal to the Zimbabwe Electricity Regulatory Authority (ZERA) for approval.
ZERA said the project was meant to generate and supply electricity to the Zimbabwe Electricity Transmission and Distribution Company (ZETDC) and other customers in the country.
ZERA said the proposed power plant would be situated at Entuba Coalfields in Hwange in the North Western part of the country.
In a bid to compliment power generation at Kariba, Hwange and other smaller power stations, government opened up the sector to independent power producers.
ZERA has since licensed 10 independent power producers with a capacity to generate over 5,000MW of electricity.