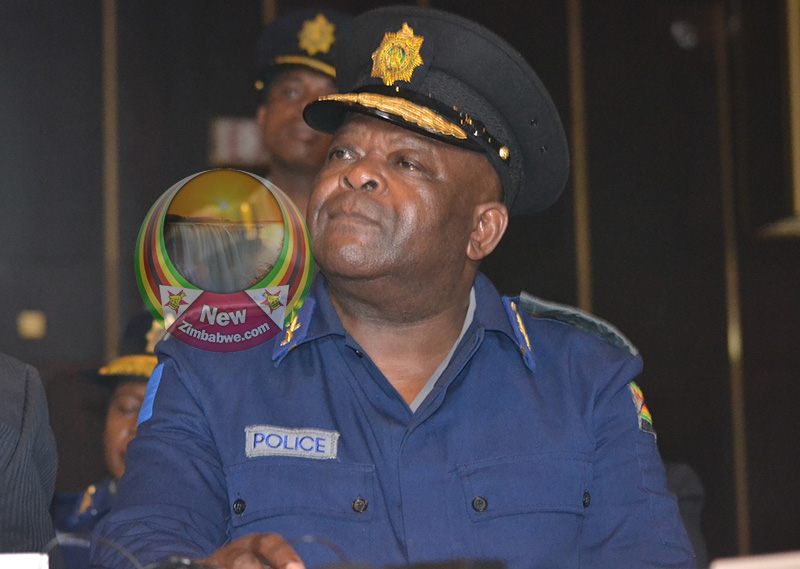 POLICE boss Godwin Matanga has announced that his force is on high alert to deal with rogue elements and maintain safety during this festive season, usually characterised by high crime rates and road accidents.

The police commissioner general said this in his 2022 festive season statement.

His statement comes at a time the country has already started witnessing high fatal road accidents and crime rate.

Matanga said everyone has a role to make the festive season memorable in a good way.

“My office has observed that this period attracts a lot of attention as fatal and serious road traffic accidents are recorded on the country’s roads.

“The Zimbabwe Republic Police will therefore deploy adequately to ensure police officers are visible so that peace prevails in communities, on the roads, at public gatherings and any other place where the public has access.

He added, “Stern action will be taken against pirate taxis (mushikashika operators) and motorists who drive recklessly with no regard for the rights of other road users.

“I have directed Officers Commanding Police Provinces to ensure that sufficient visibility is maintained in communities and on the country’s major roads.”

Matanga said police officers will also account for criminal elements who commit armed robberies, murder, rape, stock-theft and those who engage in illicit drug activities which are affecting the youths and elderly.

“May I implore the public not to keep large sums of money at home or business premises as this attracts criminals.

“Above all, the public should not relax during the festive period but remain alert in terms of family security and their property. Suspicious criminal movements should be quickly reported to the police for swift action to be taken.

“Parents and guardians should monitor the activities undertaken by children this holiday to curb cases of child sexual abuse, drowning and drug abuse,” he said.

Matanga also urged companies to ensure that their security is beefed up with those entities conducting cash-in-transit activities urged to work closely with the police.

The country has already started recording a spike in the number of fatal road accidents.

In a statement on Sunday, police spokesperson Assistant Commissioner Paul Nyathi urged motorists to respect road rules to save lives.

“The ZRP reiterates that drivers should exercise caution when driving on the roads,” he said.

Four passengers who were in the Toyota Quest died on the spot, while five people were injured.

In another case, two people died in a road traffic accident where a motorist driving a Renault Chendero vehicle collided with a bus after trying to overtake the bus while there was an oncoming vehicle at the 60 km peg along Masvingo- Beitbridge Road on 17/12/22 at 0700 hours.

Similarly, on Friday, two people died when a motorist driving a Freightliner truck lost control of the vehicle and encroached onto the oncoming lane, where the truck crashed four vehicles; a Toyota Raum, Toyota Vitz, Nissan Caravan and a Toyota Landcruiser Prado.

The accident occurred along Harare- Mutare Road, near NOIC Mabvuku.