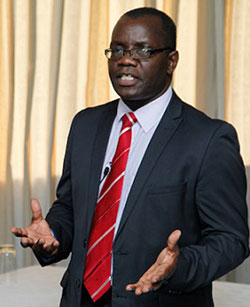 ZIMBABWE Stock Exchange-listed, Zimplow is in negotiations with an unnamed company whose outcome will have material effects on the company’s business and share price.
The company is targeting a 20 percent market share by next year in the tractor business after its unit, Farmec, partnered Valtra tractors of Brazil.
A consortium of Singaporeans is said to be now the largest shareholder in Zimplow Holdings following the foreclosure of part of the stake held by Tetrad by Ecobank recently.
The transaction was pushed through as part of a special deal of 23,6 million on the Zimbabwe Stock Exchange two weeks ago at 9,5c per share. The deal was done by MLE through Invesci.
In a cautionary statement Wednesday, Zimplow said: “The board of directors of Zimplow Holdings Limited wishes to advise all shareholders that the company is currently engaged in discussion which, if successfully concluded may have a material effect on the company’s business and share price.
“Accordingly shareholders are advised to exercise caution when dealing in the company shares.”
Tetrad held a 43.2 percent stake in the group but a lot of those shares were placed as security for non-performing loans. The majority of the shares have now been foreclosed by various creditors. Two (plus) years ago Tetrad was offered 11c for its stake but turned it down.
Going forward, the group would be more customer-focused while procurement systems would be improved to save cash.
The manufacturing sector has been the hardest hit by the ongoing economic crisis. As a result, companies have been introducing measures to arrest potential collapse.
And, even as it finalises its restructuring and consolidation programmes, Zimplow says the environment remained harsh, adding the group could report a loss in the first half of the year. Profitability is expected by year end.
The company expects to generate a historic US$100 million in revenues by 2015, up from US$35,6 million in 2013.
It is an ambitious target that executives at Zimplow have set for themselves especially given that the agricultural sector, where the bulk of their clientele are based, has been performing badly due to dwindling State interventions to capacitate new farmers, and the general economic decline triggered by company closures.Advertisement

Zimplow’s recent restructuring saw the group disposing of non-core assets, while it pounced on farm implements distributor, Tractive Power Holdings.
The company acquired a 57,2 percent stake in Tractive Power after raising US$11,2 million through a rights issue in August 2012.
The group sees the transaction as one of its most successful with the capacity to catapult it to market dominance in value driven engineering solutions.