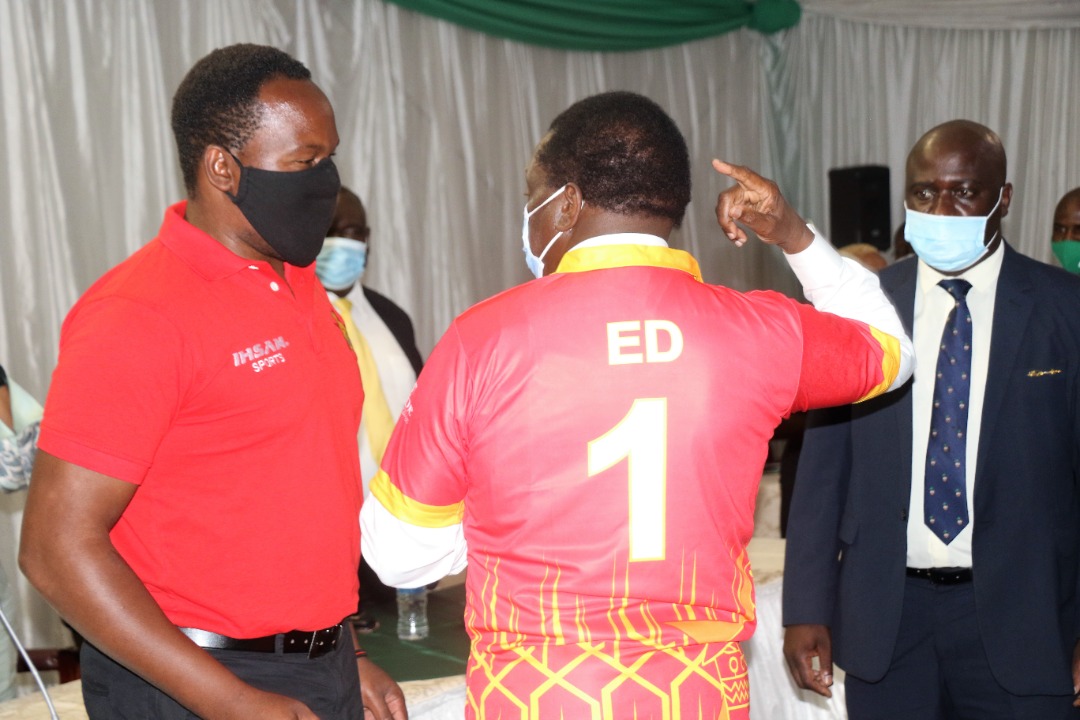 ZIMBABWE Cricket (ZC) is set to receive US$870 000 over three years from the government through the Zimbabwe Tourism Authority (ZTA) after entering into a partnership aimed at marketing the country as a tourism destination of choice.

The promotional campaign which was officially launched by President Emmerson Mnagangwa at the State House on Tuesday night is expected to leverage on the popularity of cricket which attracts millions of audiences across the globe to help make Zimbabwe a tourist destination of choice.

This will see the Zimbabwe national cricket teams – whether on the field of play, training or travelling – wearing shirts bearing the ‘Visit Zimbabwe’ branding on the sleeve.

ZC has also produced a promotional video for the campaign.

Although the financial details of the partnership were not made public, sources told NewZimbabwe.com that ZC is set to receive US$870 000 over three years. The previous shirt sleeve sponsorship rights for the Zimbabwe cricket team was held by cement company PPC.

In his keynote address, President Mnangagwa put emphasis on the significance of tourism, adding that his government welcomed initiatives such as the ‘Visit Zimbabwe’ strategy that were crucial to the recovery of the sector.

“The (tourism) sector has an important role to play in the attainment of our national Vision 2030 as it is one of the four pillars underpinning the growth of our economy alongside sectors like agriculture, mining and manufacturing,” he said.

“The advent of the COVID-19 pandemic has had a negative impact on our tourism sector.

“However, we are determined to resuscitate the sector to surpass our previous tourist arrivals and revenues within the shortest possible time.

“To this end, my government continues to adopt new strategies to market and promote international tourism among our source markets.”

ZC chairman Tavengwa Mukuhlani said the ‘Visit Zimbabwe’ campaign was a perfect opportunity for the country to activate a winning sport-tourism combination.

“Cricket as a sport has not been spared by the effects of the COVID-19 pandemic,” Mukuhlani said.

“The tourism industry has also been one of the worst affected by the pandemic. It is in this context…that Zimbabwe Cricket has embarked on an initiative which brings sport and tourism together to market Zimbabwe as a tourist destination of choice.

“I am sure all of us are particularly aware of the major cross-over between sport and tourism as well as the economic and diplomatic opportunities that sport can bring.

“We believe, of all sporting disciplines in our country, Zimbabwe Cricket has the broadest and widest international reach.

“We are the principal agents of change for our nation and the success and failure of our nation is situated nowhere other than in our own hands,” he said.

Youth, Sport, Arts and Recreation Minister Kirsty Coventry hailed the campaign as a brilliant initiative with potential to turn Zimbabwe into one of the world’s top tourist destinations.

The Zimbabwe senior men’s national cricket team could not attend the event as players are currently in a bio-secure bubble preparing to tour Pakistan.

They were however represented by other players who are not part of the travelling side, including the injured Kyle Jarvis, while Zimbabwe women’s captain Mary-Anne Musonda and some of her team-mates were also in attendance.

The ZC delegation, which included Acting Managing Director Givemore Makoni and Director of Cricket Hamilton Masakadza, presented branded cricket shirts to President Mnangagwa and his deputies, Vice President Constantino Chiwenga and Vice President Kembo Mohadi, as well as to the Cabinet ministers who graced the event.