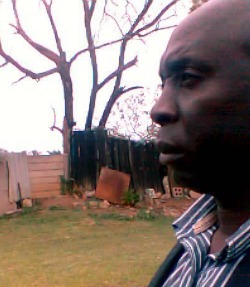 POPULAR and controversial ZBCTV soap The Small House Saga actor, prolific writer and film producer, Collins Mukosi, has died aged 52 years.
Reports said the actor, who was known as Doc or Michael Muchemwa, in the soap died Tuesday at his home Greendale just after having dinner.
Mukosi was also the producer and the script writer of the soap having also produced films such as Delete and Daraja.
The late actor had worked with popular actors and actresses such such as ZBC’s Tendayi Chakanyuka, Norbert Fero, Evangelista Mwatse now based in South Africa, Tavonga Mafundikwa and Bacoliwe Mtupha.
Small Saga details and explores issues of extramarital affairs. It also challenges stereotypes associated with such issues.
Film producer and colleague, Tavengwa Chidavaenzi, confirmed Mukosi’s death.
He said: “We were actually discussing the implications of the British pull out from the European Union over dinner when he suddenly tilted his head backwards.
“I actually thought he had choked and l rushed to check on him.
“I asked him if everything was OK and he said he was feeling cold and he asked me if we could go to the fireplace but before we managed to get there he passed out.”
Chidavaenzi added that the two had just formed their own media company called Murenga and were working on various projects.
Mourners are gathered at Number 66 Arlington road, Logan Park in Hatfield.
Advertisement