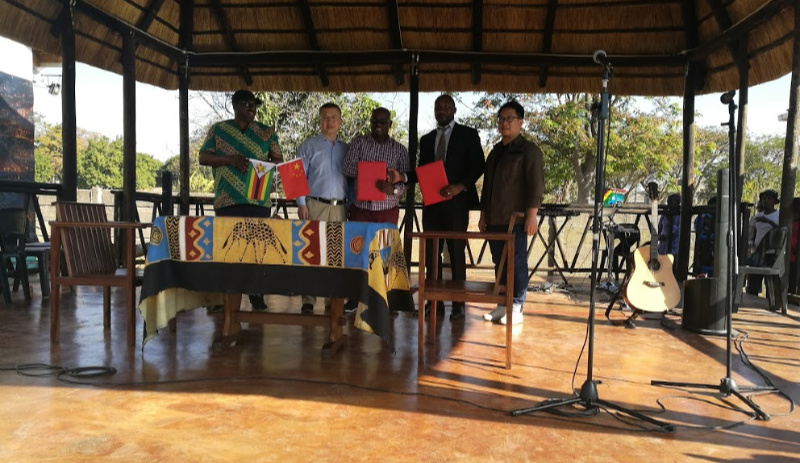 THE China-Africa Economic & Culture Exchange and Research Centre (CAICERCZIM) in collaboration with the Zimbabwe Union of Journalist (ZUJ) to launch new media awards that are aimed at improving coverage of relations between Zimbabwe and China.

CAICERCZIM project manager Edgar Sanyanga told delegates to the official launch at the weekend who included journalists from across the media houses that the awards will be part of the National Journalism and Media Awards (NJAMA) will encourage journalists to explore the growing relations between the Asian economic behemoth and Zimbabwe.

“Its is the first edition of the Sino-Zimbabwe Journalists Awards and will be a category as part of the National Journalism and Media Awards (NJAMA) hosted by the Zimbabwe Union of Journalist. The main purpose is to promote relations between Zimbabwe and China through primary coverage or media innovations by Zimbabwean journalist that make an impact on Sino-Zimbabwe relations,” Sanyanga said.

He added: “It also seeks to encourage journalists to explore China-Zimbabwe relations. We want to create a platform for cultural exchanges between the two countries.”

A board of five eminent personalities with experience in media monitoring has been put in place to monitor the stories every month and at the end of the year to choose the winners. Monthly winners will get the equivalent of US$150 according to the organisers.

Speaking at the same event, Chinese deputy ambassador to Zimbabwe Zhao Boagang promised to expand the awards even further.
“I think this is an encouraging idea and would like to express the Chinese embassy’s support going forward. I feel very encouraged that we continue to see relations between Zimbabwe and China grow.

“We read daily stories about relations between the two countries and would like to continue to read these. We think journalists work hard and should be rewarded, despite the hard economic situation,” said Boagang.

“I think we can expand the award to have two or three awards every month and also make sure there is also an award for the person who writes the most stories at the end of the year. We would also want to make sure there is focus on Zimbabwe’s growth and development.”

“We are aware that some organizations value the importance of journalism. These awards mean that there is going to be improved coverage of issues around the relationship between China and Zimbabwe, not only in terms of quantity but quality because there is an incentive now,” said Dongozi.