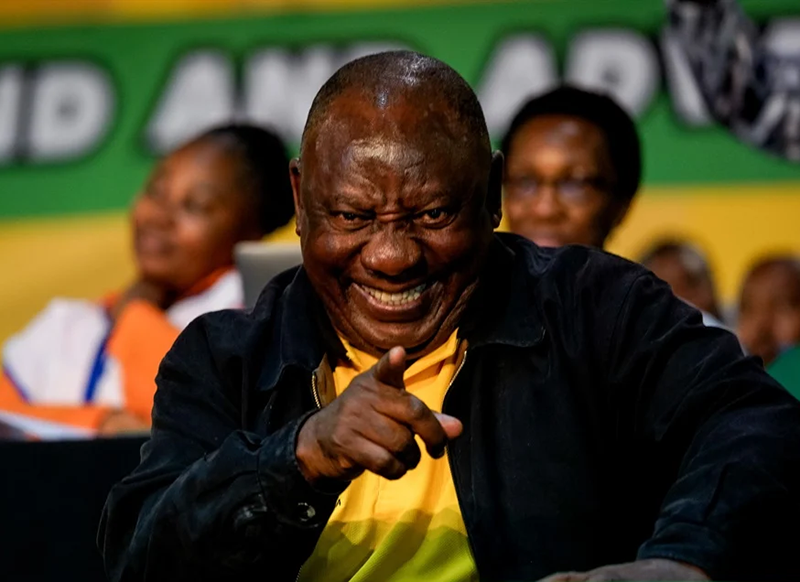 PRETORIA: The certificate former president Jacob Zuma built his private prosecution of President Cyril Ramaphosa on does not apply to Ramaphosa, the National Prosecution Authority (NPA) said on Wednesday.

A nolle prosequi certificate, a certificate that states the NPA does not intend to prosecute a person, is a requirement for a private prosecution.

Last Thursday, on the eve of the ANC’s 55th conference, the JG Zuma Foundation, of which the corruption-accused former president is the patron, announced he would privately prosecute Ramaphosa.

Zuma accused Ramaphosa of “being [an] accessory after the fact to crimes committed by, among others, advocate [Billy] Downer” in alleged breaches of the NPA Act.

The former president wanted Ramaphosa to intervene at the NPA after he laid a complaint against Downer, who is prosecuting Zuma on behalf of the State for arms deal-related corruption.

The state attorney, on Ramaphosa’s behalf, responded with a letter, in which it expressed the believe Zuma made this move to prevent Ramaphosa from being elected to a second stint as ANC leader.

READ | Resounding victory for Ramaphosa as he takes charge of divided, declining party for second term

The party gave Ramaphosa the green light to participate in the internal leadership election, which he won.

The state attorney stated the document delivered to Ramaphosa’s private residence did not include such a certificate in relation to Ramaphosa.

“The nolle prosequi certificate that is included in the summons concerns a certain Mr Willian John Downer. The president was never cited in those proceedings and could thus not be the subject of such a certificate, at any rate.”

The state attorney said Ramaphosa was entitled to ignore the “invalid summons”.

Zuma’s lawyers disputed this in their response to the state attorney, and his foundation indicated in a tweet it had no intention of withdrawing its prosecution. On Wednesday, the NPA issued a statement, saying it noted the “media reports relating to the summons issued in respect of President Ramaphosa”.

“As background, the NPA issued two nolle prosequi certificates in good faith and in compliance with Section 7 of the Criminal Procedure Act,” read the statement

NPA deputy director advocate Rodney de Kock said the certificates were issued in “direct relation” to the docket of the case Zuma made against Downer, “which contained statements and affidavits relating to specific individuals for alleged contravention of Section 41[6] read with Section 41[7] of the NPA Act”.

“Any further clarification will be provided in court should the matter be litigated.”

Last Friday morning, the JG Zuma Foundation said in a statement this was the nolle prosequi certificate Zuma’s prosecution of Ramaphosa was based on. Nowhere in Ntanga’s letter to Zungu was Ramaphosa mentioned.

According to his foundation, Zuma “duly instituted” the private prosecution against Ramaphosa in the Gauteng High Court in Johannesburg, where the “accused person” – Ramaphosa – must appear on 19 January.

Zuma attended the conference, which adjourned on Tuesday until January after it could not conclude its work, as an “ordinary delegate”.

After Zuma called on delegates not to allow Ramaphosa to deliver his political report to the conference, rowdy delegates from the Musa Dladla region – the former president’s home region – sang anti-Ramaphosa songs and heckled the president when he delivered the report on Friday afternoon.