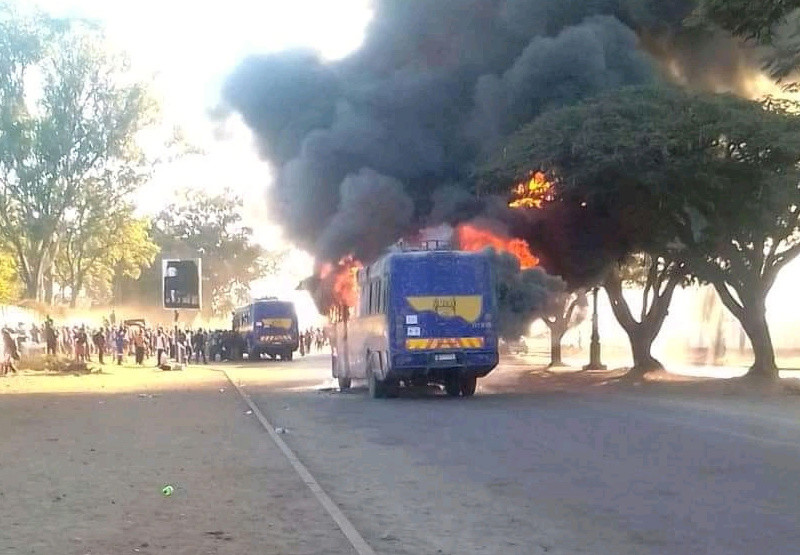 A ZUPCO bus that was about to ferry passengers Sunday afternoon went up in flames in Gweru.

No one was injured.

Police confirmed the incident although saying details on the cause of the fire were still unknown.

“We are yet to establish the cause of how and why the bus went up in flames though we have received a report,” Midlands police provincial spokesperson Joel Goko told NewZimbabwe.com.

Passengers at nearby bus terminus were left in shock upon seeing the bus going up in flames. They also felt relieved that the bus had caught fire with no passengers on board.

“We were shocked to see the bus going up in flames. It is quite fortunate that the incident happened when no passengers were aboard the bus,” an onlooker said.

Since the government introduced the national lockdown on 31 March to curb the spread of Covid-19, ZUPCO has been the only source of public transport. However, its depleted fleet of buses has been failing to meet demand, leaving passengers stranded.