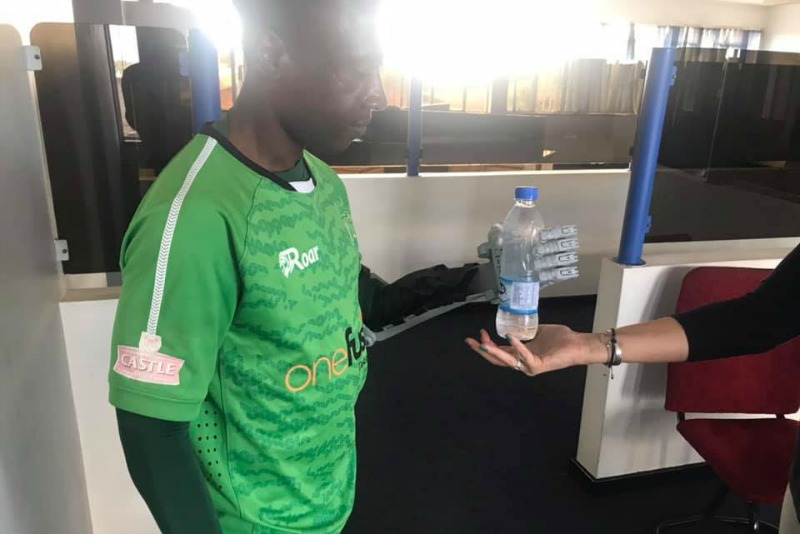 CAPS United player Hardlife Zvirekwi looks set to receive a prosthetic hand following the success of the 3D prosthetic hand printing trial which is being conducted by Nashua Zimbabwe in Harare.

Zvirekwi had his left hand amputated from the wrist after being involved in a car crash in March last year.

The 31-year-old former Warriors player recovered to feature for the Green Machine in the second half of the season last year after months of intensive treatment and rehabilitation.

In February this year, Zvirekwi was one of the candidates picked to benefit from the ambitious 3D prosthetic hand printing trial project by the Harare based company.

Nashua Zimbabwe’s marketing manager Laura Kelly revealed on Wednesday that the trial had become a success.

“I have tears of excitement for this project! Hardlife came in this morning for a fitment and he was able to hold and drink a bottle of water from his 3D Prosthetic we printed,” Kelly said in a post on Facebook.

“Adjustments to be made to make it more comfortable but I’m buzzing inside with what changes printing can offer people…We’ve measured, taken photos, designed software, printed, re-printed, ordered kits, assembled kits and now our first trial. Slight adjustments need to be made to ensure it is as comfortable as we can get it but the #3D Prosthetic Trial is so far running smoothly.”