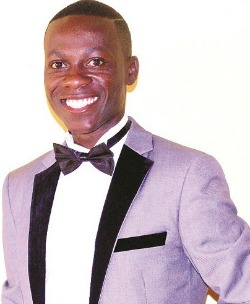 ZVISHAVANE jazz musician, Brandon Mvura is set to unleash a hot single titled Wothando in collaboration with internationally acclaimed South African song bird Zahara Mkutukana.
The up-coming musician plans to visit the neighbouring country this month to start recording the track.
Mvura said he will also collaborate with idols SA season 11 finalist, Siphelele Ngobo on another single.
The crooner, just like Jah Prayzer, collaborated with Tanzanian multi award winning artist, Diamond Platinum.
Mvura was recently in Tanzania working with the number one hit maker on a song, African Lady, which he included on his latest album-Momental.
The album was released last month with the artist planning to launch it “soon”.
“I am so excited about the collaboration as I believe it is my key to stardom,” said Mvura.
“Diamond platinum is a very good artist and viable band. Collaborating with him means I will be able to make a name for myself in the music industry,” he added.
“This will also help me create a fan base in Tanzania and ultimately Africa.
“Who knows, maybe the song will be winning awards,” said Mvura.
He said he was in the process of taking his music to local radio stations for airplay before uploading it on online viewing platforms like YouTube.
Mura has five albums under his belt and before venturing into Jazz music he released RnB singles Ndisiye Nakadaro, Dai and Tsvarakadenga.