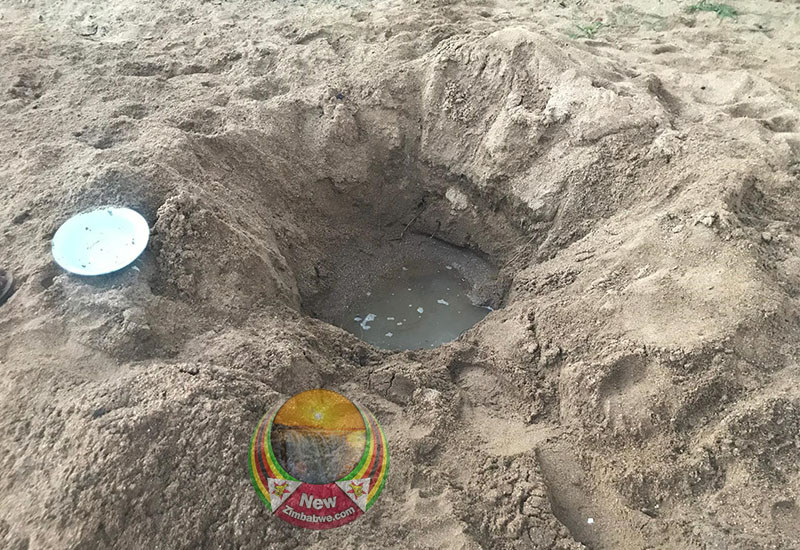 By Idah Mhetu recently in Zvishavane

THOUSANDS of villagers in Mazvihwa area, Zvishavane, Midlands Province have given up hope on getting any meaningful harvests after a brutal 2019-2020 season dry spell saw their entire planted crops wilting.

For survival this year, they are now pinning their hopes on the government and international donors for food aid assistance.

Nyasha Murisi from Gudo Village told NewZimbabwe.com this week that most villagers had planted crops at the end of October, but received normal rains only in early November, resulting in the whole planted crop wilting due to lack of rainfall coupled with hot climatic conditions.

“Since November, we have not received any rains. We planted in October and we are worried as our crops have dried up and we do not know what we are going to do,” said a dejected Murisi.

Meanwhile, the water situation in most parts of Zvishavane is dire with villagers forced to walk long distances to fetch the necessity as all the boreholes and secure water sources in the district have dried-up.

The villagers are also forced to fetch water from the same sources from which livestock drink, putting their health in danger.

According to Murisi, people in his village were walking more than eight kilometres daily to access water.

“The situation is dire. We are now pinning our hopes on the government and donor aid agencies because we cannot afford to buy mealie-meal and other necessities,” Murisi said.

Another villager, Morris Mushamba said the prolonged dry spell had resulted in a high number of livestock dying due to lack of water and dipping for cattle.

“Our livestock are dying because of the drought. We are losing hope, dams and rivers are drying up and usually around October and November of every year, grazing lands are affected by veld fires and this time with this dry spell, the livestock have suffered even more,” added Mushamba.

The worsening hardships in the country are forcing families to eat less, skip meals, take children out of school, sell livestock and fall into a vicious cycle of debt.