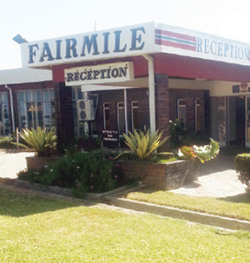 REGENCY Group of Hotels, which is owned by the family the late Zanu PF politician and minister Eddison Zvogbo has fired 251 workers.
The company becomes one of the many taking advantage of a Supreme Court ruling allowing employers to fire workers without terminal benefits
Regency owns Flamboyant, Chevron, Panyanda hotels, Ritz Night Club in Masvingo and Fairmile Hotel in Gweru.
Affected workers, including the chief executive Fredrick Kasese, were served with their dismissal letters last week.
“We were given three months’ notices and no one was spared from the CEO (Mr Kasese) to the lowest ranked employee.
“We are in a quandary right now because we do not know what to do,’’ said one of the workers.
Zvobgo Holdings director Eddison Zvobgo (Jnr) defended the decision.
“We are following the law in whatever we are doing and the move that we took is part of a restructuring exercise aimed at removing pressure off our wage bill,’’ he said.
“We need to take decisions that are in the interests of the company and that is why we are restructuring.
“The restructuring exercise is very necessary and normal and I do not know why people are making a lot of noise about it.’’
He insisted that the Regency Hotel Group was not closing down.
Labour unions say more than 12,000 workers have lost their jobs in the last couple of weeks due to the court ruling which industry minister Mike Bimha described as good for business.
Other companies which have implemented mass dismissals include Econet Wireless, which had sent home 400 workers and Sino-Zim which dismissed 300 workers.
Elsewhere, Unilever Zimbabwe sacked 186 employees, while Moonlight Funeral Assurance and Services fired 100 workers on Monday.
Air Zimbabwe and Choppies Zimbabwe fired 100 workers, respectively while Sakunda Holdings dismissed 80, mainly truck drivers.Advertisement