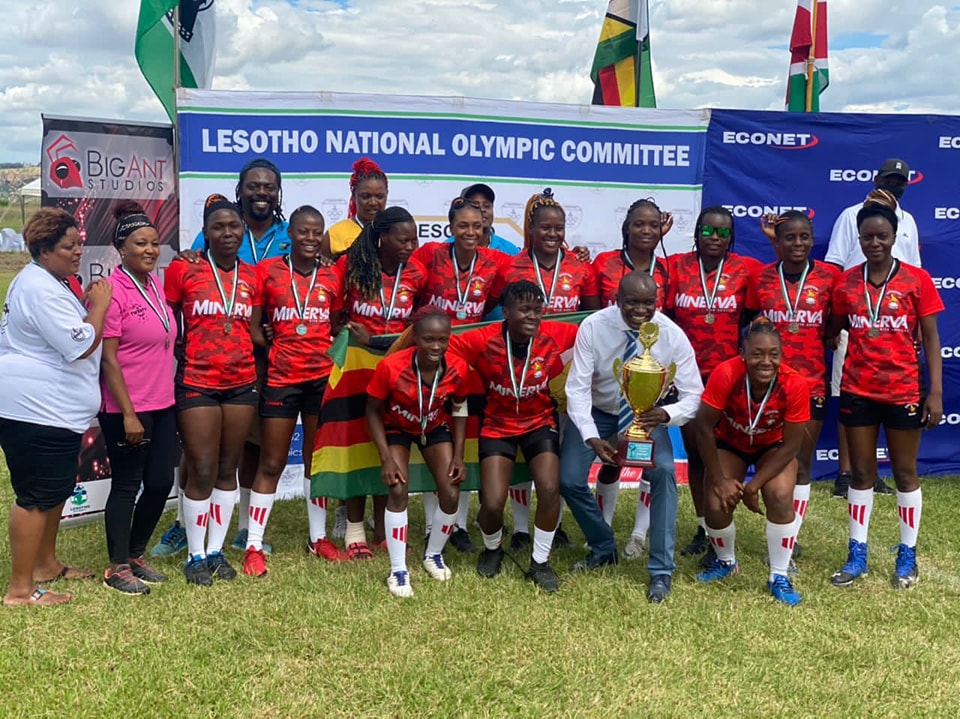 The team which is affectionately known as the Lady Cheetahs finished the qualifiers unbeaten after convincingly winning all their four matches against hosts Lesotho (62-0), Botswana (39-0), Namibia (39-0) and Mauritius (20-0).

In the end the Lady Cheetahs, who did not concede a point during the round robin competition were deservedly crowned champions of the regional competition which earned them a ticket to the Rugby Africa Women’s Sevens Cup to be hosted in Kampala later in the year.

Coach Chiwara was naturally impressed by the tremendous effort his players put in throughout the tournament and particularly during the last game against a good Mauritius side.

“The tournament went on very well. We had set goals and I am glad the ladies worked hard and stayed focused throughout. Credit to the players for not conceding throughout the tournament. That will always be something worth treasuring,” Chiwara said.

“The last game against Mauritius tested us in many ways. I am glad the team worked hard to keep all teams at bay.”

Chiwara said his players are relishing to test themselves against Africa’s top ranked sides such as South Africa, Kenya, Tunisia, Madagascar and hosts Uganda in the continental showpiece in two months’ time.

“We are aiming to make a positive mark on the African continent, we just need to identify local and international tournaments that could be valuable in our build up to the qualifiers. We will be setting realistic goals and push on taking part in as many tournaments,” said Chiwara.

The Africa Cup Sevens tournament will this year act as qualifiers for the Commonwealth Games, and, more importantly, the Rugby World Cup Sevens, which will take place for the first time on African soil (South Africa).