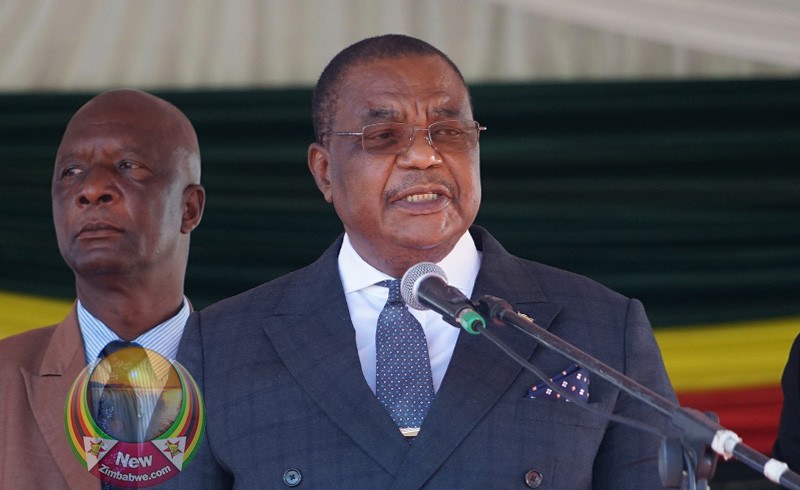 ACTING President Constantino Chiwenga has praised churches for supporting government programmes and claimed the government’s bid to get sanctions against the country lifted is working..

Speaking at a heavily politicized Andrew Wutawunashe organized “National Thanksgiving and Dedication Service” in Bulawayo Friday, acting President Constantino Chiwenga said since President Emmerson Mnangagwa’s  took over power through the assistance of the military in 2019, churches have been very supportive of  government’s programmes.

Wutawunashe is the founder and leader of the Family of God Church (FOG).

“In the highly successful Pfumvudza/Intwasa, a local agricultural initiative and other initiatives emerging from the second Republic ‘s policy of devolution and decentralization, the church has been dependable partners on this scene, both by prayer and deed as exemplified by the scriptures,” said Chiwenga.

“Internationally, although faced by unjust and illegal sanctions, we embarked on the hard and patient work of re-engaging even hostile regimes which had punished us for repossessing our own land through extensive illegal sanctions meant to cripple us.”

The acting President claimed that the re-engagement is now bearing fruits despite the United States announcing sanctions against Mnangagwa’s son and one of the president’s close ally Kudakwashe Tagwirei.

“As we work hard on the frontier of international engagement and re-engagement, we are seeing a thawing of relations with normally antagonistic nations. We are seeing light at the end of the tunnel. We remain externally grateful for the resolute support from our sister African nations through SADC and the African Union (AU).

“We are heartened by the fact that churches have been working hard on initiatives to lobby for the removal of these illegal sanctions which are unjust, cruel and heartless which continue to impoverish our nation.

“Last year‘s initiative to the United Kingdom, led by Bishop Mutendi  and Reverend Wutawunashe to lobby western political and religious leaders to remove sanctions is a good example by the church.”

In 2018 Wutaunashe turned the church’s annual gathering into a Chiwenga bootlicking session. The acting President was also the guest of honour at that time.

Wutawunashe claimed that God had used Chiwenga to execute the coup which ousted former president Robert Mugabe in September 2017.

“God brings salvation. God always uses people and we will never forget that God used you (Chiwenga) as midwife for this new dispensation,” said Wutawunashe in reference to the coup which ousted Mugabe.

Ironically, Wutawunashe in December 2014 during a similar gathering in the city described Mugabe as a God-chosen leader who worked tirelessly for the country.