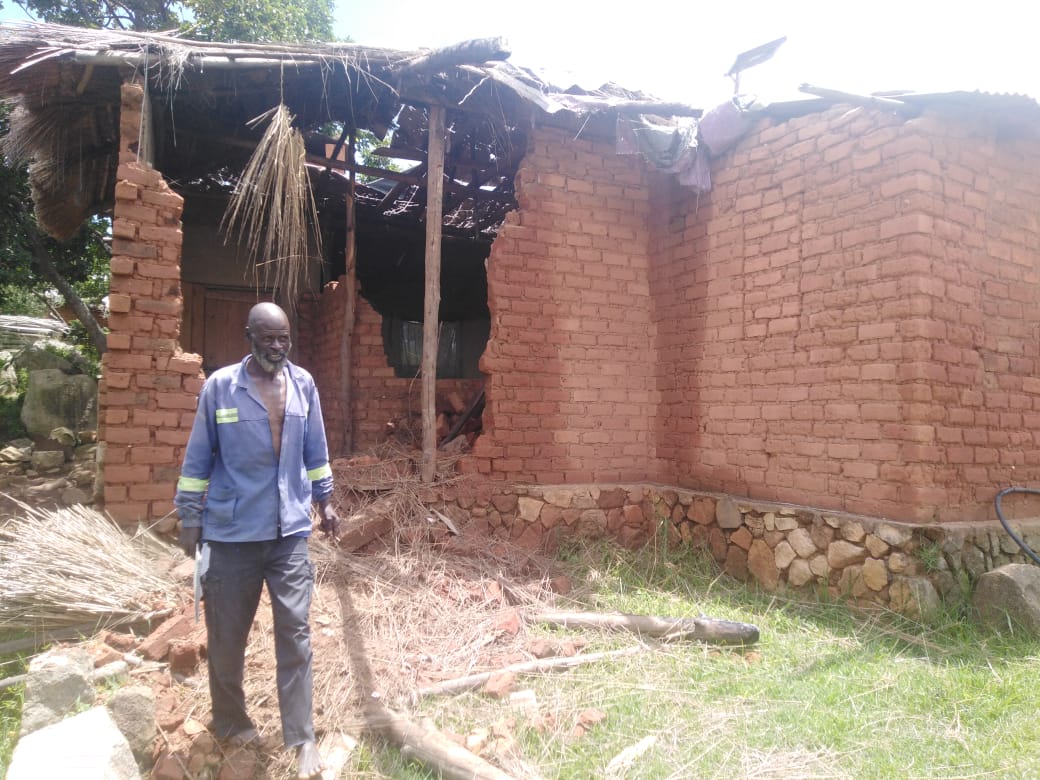 An estimated 300 households in Mutasa and Nyanga districts in Manicaland province are in need of assistance after their homes were damaged by Cyclone Ana last week.

Many parts of the country experienced strong tropical winds, which were effects of a tropical depression called Cyclone Ana.

Several homes and institutions in the two districts were damaged prompting organisations like the Zimbabwe Red Cross Society (ZRCS) to intervene.

Villagers in Nyanga South said the tropical winds left a trail of destruction.

“We woke up last Tuesday morning and found out that the other side of the house had been damaged,” said Mika Chiodza of Village 57, Ward 27 in Nyanga.

“The roof had been blown off, but fortunately no one was sleeping in the damaged room when the roof was blown off.”

Ederin Machesa (23) said she was injured while she was sleeping in her bedroom with her three children.

“It happened around 2am on Tuesday morning when we found ourselves in the open after the roof has been blown off,” Machesa said.

“We had to move to the kitchen but all our clothes and furniture were damaged.

“I was hit by a brick on my shoulder and I still feel the pain.”

The village head Simon Mupfupi said about eight households in his village were affected and in need of support.

“We were warned of the Cyclone through the office of the District Development Coordinator (DCC) and we were told of the evacuation centres,” Mupfupi said.

“It’s unfortunate some villagers had their homes damaged by the strong winds. We are happy organisations like the Red Cross came to assist some of the affected families.”

ZRCS said 24 houses and four institutions were damaged in Nyanga district alone as of Thursday.

The organisation said the tropical storm affected Mutasa district where 258 households had their houses blown off.

“We have 258 houses whose roofs were blown off in Mutasa district with wards 18, 19 and 26 being the most affected,” said ZRCS provincial manager for Manicaland Munyaradzi Chikukwa.

“Eight families in the district are critical and in need of assistance.”

ZRCS secretary-general Elias Hwenga said they have since started distributing relief materials in response to needs assessment including tents/tarpaulins, hygiene kits, blankets, jerry cans and mosquito nets, among others.

“Some affected areas remain inaccessible as heavy rains and strong winds have damaged roads and bridges, but our teams are on the ground assisting those affected.”