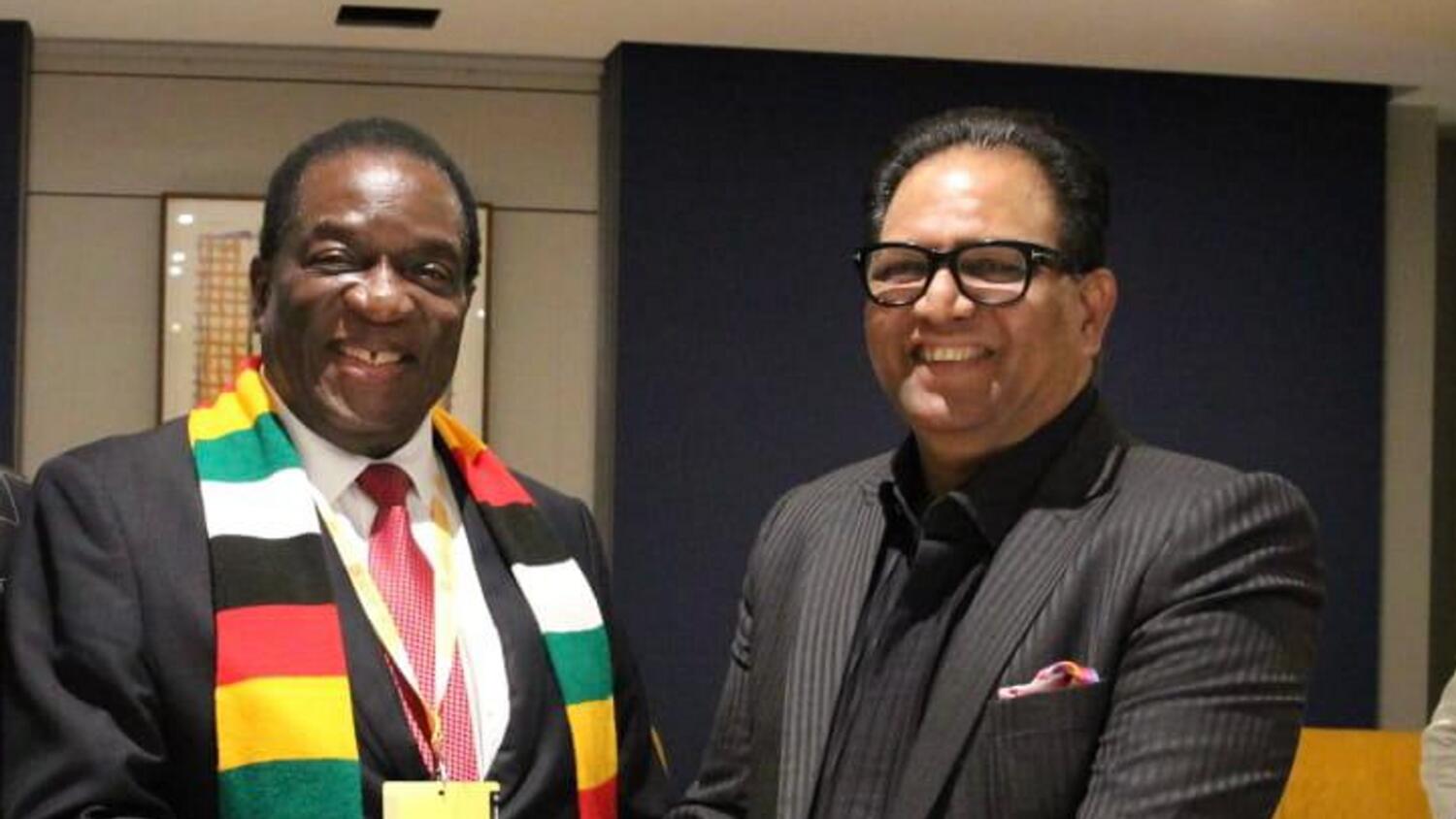 Mnangagwa was in the United Arab Emirates (UAE) for the Zimbabwe-day at the ongoing international Dubai Expo.

The Zimbabwean leader emphasised the scope of opportunities in various sectors of the country’s business ecosystem, including mining, education, healthcare, and agriculture, among others.

“Zimbabwe is rich in resources and awaiting lucrative and promising investors to partake in the country’s advancement,” Mnangagwa said in his address to UAE’s top business leaders

I am pleased to liaison with like-minded businesses that help promote joint trade cooperation and projects that advance our country’s economy. Zimbabwe’s doors are open for trade for entrepreneurs in the UAE who will be welcomed as state guests, and I will personally ensure the provision of all the facilities required by businesses to carry out their investment activities.”

Despite the economic challenges faced across the globe, Zimbabwe has continuously proven its economic resilience and commitment to improving its economic stability. The President also boasted of the country’s substantial mineral reservoir, making Zimbabwe one of the leading countries with a bountiful supply of natural resources. He quipped that rather than asking what minerals Zimbabwe possess, ask what the country doesn’t have.

Zimbabwe is also home to the largest and one of the most fascinating natural wonders of the world, Victoria Falls, and captivating, exotic wildlife safaris. These attractions draw in tourists from across the globe, promoting the country’s various industries waiting to be tapped. “There is an immense opportunity for real estate developments, and tourism in Zimbabwe has heightened the need for top-notch hospitality. We currently require 12,500 rooms for accommodation, of which we only have 8,000,” said the President.

Also present were the Minister of Finance, Mthuli Ncube, and the Minister of Sports, Kirsty Coventry, both of whom reiterated the potential that some of Zimbabwe’s most promising markets and leading industries bring. Additionally, the Finance Minister also announced some of the incentives that investors can benefit from, including a 5-10 year tax rebate, no import duties levied on goods and duty-free import of equipment for business projects.

Shaji Ul Mulk lauded both countries in their ambition to deepen relations and catalyse business activities in the region. “The favourable incentives and structured policies that have been drafted by Zimbabwe and Sri Lanka allow businesses to build a strategic, cooperative partnership. This developmental framework facilitates foreign investments that will bolster not only the country’s economic climate but also act as a gateway to cement healthy relations on an international level.”

Presiding guests showed keen interest in developing luxury shopping centres, opulent resorts and casinos in both countries, shipyard and shipbuilding facilities in the Port City, manufacturing hubs in Sri Lanka due to the available human capital and resources, and other ventures that will see the rapid economic growth of both, Zimbabwe and Sri Lanka.

On the sidelines, there were positive discussions over bringing the massively popular T10 League Franchise to Sri Lanka and Zimbabwe.