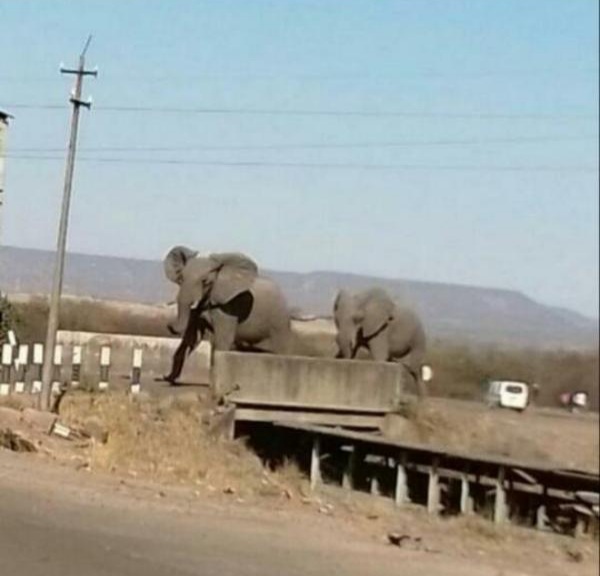 Due to their high numbers, elephants are frequently trespassing into human settlements, resulting in deadly conflicts with people
Spread This News

MAKONI Central legislator David Tekeshe left members of parliament and Speaker of the National Assembly Jacob Mudenda in stitches Wednesday after he suggested that government must slaughter thousands of elephants which are in excess to provide free meat for starving citizens.

Tekeshe stood to pose a supplementary question on the issue regarding in-excess elephants in the country’s national parks due to a ban on the sale of ivory.

“We are facing a challenge of human-wildlife population. The number of elephants in Zimbabwe is highly unsustainable. They have exceeded the desired number. Is it not possible for the government to slaughter the elephants that are in excess for relish,” Tekeshe amid laughter from other legislators.

He also queried Zimbabwe’s export policy regarding the export of live elephants to other countries.

Zimbabwe currently has about 100 000 elephants against the carrying capacity of 45 000, which has resulted in spiking cases of deadly human-wildlife conflicts involving the giant mammals.

Leader of government business in Parliament Ziyambi Ziyambi admitted the parks had more than over 65 000 elephants countrywide.

“It is very correct that the carrying capacity for our elephants has been exceeded. We really want to downscale and have a reasonable amount of our herd of elephants. As a country, we are constrained because of the international conventions that we are party to but we really believe that this is very unfair,” Ziyambi said.

“We should be allowed as a country to sell off the excess stock of our elephants; it is one of the areas that our minister of Tourism is seized with and we are pushing as a block, particularly as African countries”

“Those that impose this ban do not have elephants in their countries and we believe that it should not be a blanket statement that applies to everyone else in the world. We must look at it region by region and look at it specifically looking at us here in Southern Africa, you find out that almost 50% of the elephants in the world are in Southern Africa outside Kenya – that is Zimbabwe, Botswana, Namibia, and Zambia. We believe it is something that we must look at and continue pushing so that we are allowed that free trade,” he said.

Another MP, James Munetsi from Makoni North constituency suggested Zimbabwe must pull out of organisations like CITIES which restrict trade in live wildlife of their body parts.