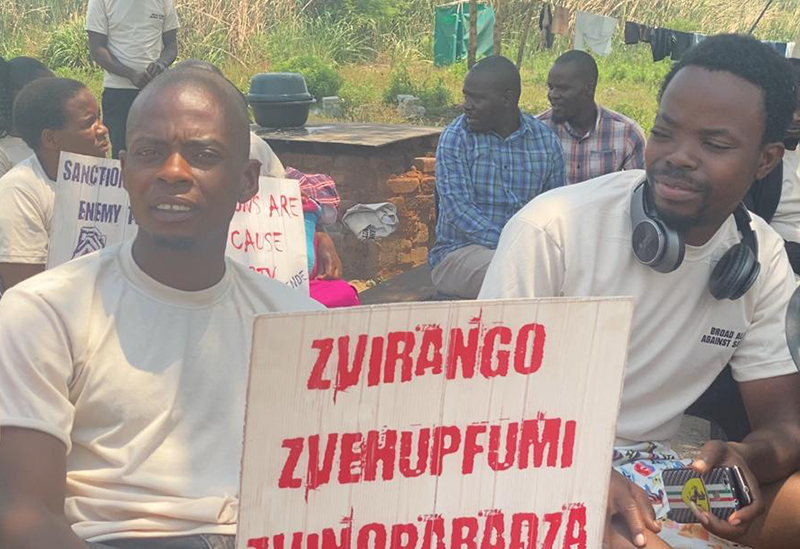 SOME 1,300 days have passed since Broad Alliance Against Sanctions’ (BAAS) activists camped opposite the US Embassy in Harare, choosing to stay on the edges of a wetland in protest over American restrictions on individuals within the ruling Zanu PF government.

The camp, which has no water, electricity and is a constant victim of nature’s hazards is now home to over 20 activists, who have all vowed not to leave the space until America capitulates and scraps restrictions on its list dominated by Zanu PF elements.

A walk around the camp reflects a community, eager to fight, albeit in the absence of those directly affected. A makeshift chalkboard with a number inscribed using charcoal hangs on a tree facing the US Embassy indicating the number of days they have been there.

The board is corrected everyday.

BAAS is one of the many Zimbabwean organisations campaigning against sanctions imposed on select individuals said to be benefiting from corruption or human rights abuses, by the US government.

Zanu PF and its supporters have blamed the country’s waning economy on the restrictions, with a date having been set, October 25, to campaign against them and order their withdrawal.

Seemingly conscious of the country’s history and relationships the US has had with other countries which she shared, Maseko narrated how her decision to leave three children and four grandchildren, saw them assuming she had gone mad. 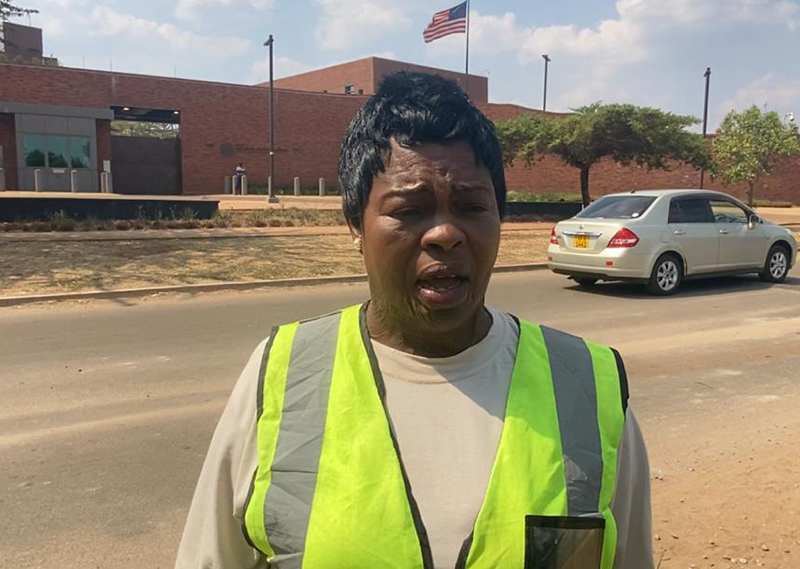 Maseko said she had set her mind to it, and moved right in the middle of winter, to sleep on the cold earth, forsaking her warm bed and well-cooked and nourishing meals.

“I came here on June 19, 2019 and left my family of three children and four grandchildren at home. At first, they could not handle the news, but with time they did,” said Maseko.

“Some of them thought I had gone mad and would not understand why I was doing this. They were yet to appreciate the full impact of sanctions on the country but now they understand.”

She now spends her days sharing notes on sanctions with colleagues in the two tents along Flame Lily Drive.

A few mattresses show well-wishers remembered them in the near past as they are still clean, unlike some of the blankets they had in the past.

Their life is closer to that being lived by squatters on the outskirts of Harare, at Pomona dumpsite and nearby farms.

Added Maseko: “The tents we have now are better, we once had those that let rainwater in and at times we would just decide to sleep and not mind the rain.

“We are prepared to see this fight to the end because we are in a war.” 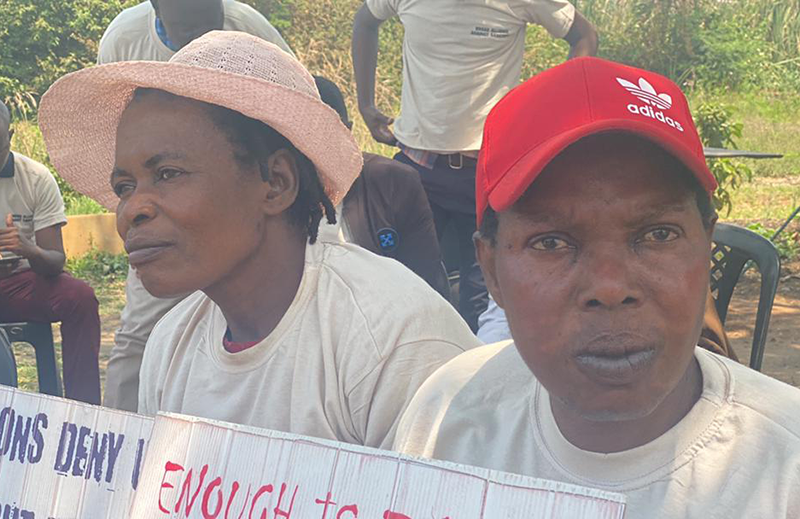 Although the numbers have dwindled, from the 60, NewZimbabwe.com noted in 2020, Maseko said they were hopeful their actions would result in the US government pandering.

Maseko described their protest as a war they were prepared to see through.

“I have hope that the US government will remove its sanctions because we are also getting tired of this life we are living.

Maseko and her colleagues last week marched around the embassy in protest.

“I just want to emphasise that it is very important that we call out those who are responsible for and who profit from abuses and corruption.

“The country continues to accrue massive arrears to international financial institutions. The economy is deteriorating. That may be partly just poor policy choices, but it is also a result of corruption and economic mismanagement,” said the US government after the protest.