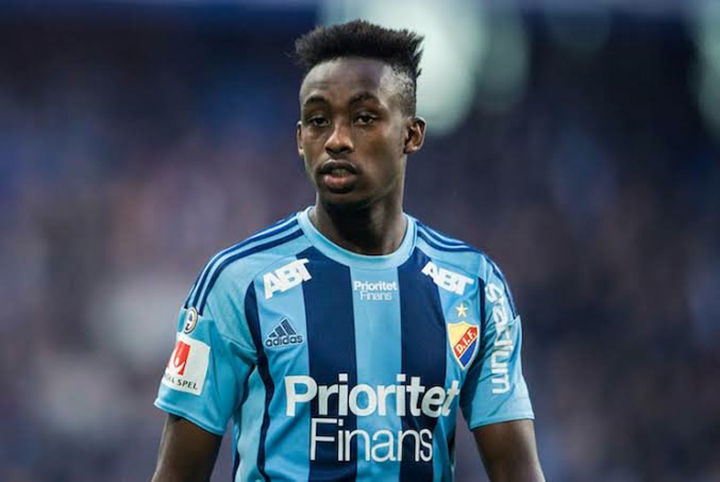 With six goals and three assists in 14 appearances across all competitions so far this year, Kadewere has emerged from the cold to become the chief striker at Djurgardens IF.

It’s a development which could not have come at a more timely moment for coach Sunday Chidzambwa’s Warriors project.

Kadewere marked himself out as a future star with a dramatic emergence at Harare City at the beginning of 2015. Such was his impact that by the end of the same year he had already made the grade at Djurgarden.

Inevitably though, the transition from bright prospect to established star has been slow and, at times, even frustrating.

However, the stage now appears perfectly set for the 22-year-old to flourish and establish himself as one of Zimbabwe’s top football exports.

For now though, his place in the Djurgarden starting line-up seems safe, with his only challengers for the striking role being 30-year-old Armenian Yura Movsisyan, who has made just two appearances this term, and Senegalese starlet Aliou Badji, 20.

Kadewere and Badji were the preferred pairing upfront for each of the team’s first seven matches of the campaign, although only the former was retained for the weekend’s defeat by Brommapojkarna.

The former Zimbabwe youth international started the year in superb form, scoring four goals and creating two more to guide Djurgarden to the final of the Svenska Cupen.

He has since bagged two more goals and one assist in the league, and although this might not represent a jaw-dropping return just yet, it is clearly a huge improvement on previous seasons.

He has already equalled his goal tally from last term, when he managed just ten appearances, with four starts.

A hamstring injury which confined him to the sidelines for good two and half months did not help. Even before that setback, he had started just two of the seven league matches for which he was available.

He struggled to regain his sharpness after returning to fitness at the end of July, managing just two more starts before the end of a disappointing campaign.

In his first full season in the Swedish top flight in 2016, Kadewere made 21 appearances, including eight starts. He scored three goals in the league and created a further four.

His increased output this term ought to be viewed with interest in the context of the Warriors’ ongoing search for a centre-forward to complement Knowledge Musona and Khama Billiat. 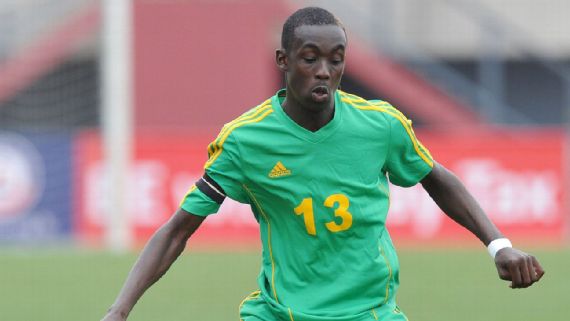 Chidzambwa, for his part, remains noncommittal on Kadewere’s chances of becoming a Warriors mainstay anytime soon.

“Yes, I know about his exploits, I have been shown videos of some of his goals by [Warriors team manager Wellington] Mupandare,” Chidzambwa told KweséESPN this week.

Kadewere was in Zimbabwe’s squad for the recent Four Nations tournament in Zambia, where he featured in the first game against the hosts which ended in a 2-2 draw.

“We are looking at a lot of players and Kadewere is one of them,” Chidzambwa, a former Warriors stalwart himself, explained, “but we did not see enough of him in Zambia to be able to make an informed judgement on his talent.

“It wouldn’t be fair on him. We need to see him play at a bigger event like Cosafa, for instance.”

With the Swedish season just starting though, there is no chance of Kadewere featuring at this year’s Cosafa tournament to be staged in South Africa at the end of this month.

However, if he can maintain his club form, it will be difficult for Chidzambwa to overlook him when the African Cup of Nations qualifiers resume, and not least because the options look pretty thin.

Cuthbert Malajila has disappeared in action while Tendai Ndoro’s career was already on a downward spiral by the time he got entangled in his current legal quagmire.

Nyasha Mushekwi has not enjoyed the best of starts to life in the Chinese top flight following his heroics in helping Dalian Yifang gain promotion.

Chidzambwa seems to have some affection for Abbas Amidu, but the former CAPS United man is enduring a woeful spell in the Egyptian top flight with El Entag El Harby, for whom he is struggling for gametime.

The only other real option for Chidzambwa seems to be Evans Rusike, who has had his own issues with form after moving to SuperSport United at the beginning of February.

Kadewere also brings a unique dimension to the team, with his sound technique making him ideally suited for a strikeforce which thrives on quick exchanges.

“Kadewere brings a new dimension to the attack,” Taurai Mangwiro, who gave Kadewere his break at Harare City, told KweséESPN.

“He is not one to sit at the top. If the supply is not there he will come deep. Besides scoring he can be a very creative player himself,” Mangwiro added. “He can provide to the other colleagues as well.”

At 22, Kadewere still has a lot to learn before he starts playing at his best, but Zimbabwe can only hope that he will soon be good enough to don the Warriors jersey.

A Musona, Billiat and Kadewere front three is, indeed, an exciting prospect.