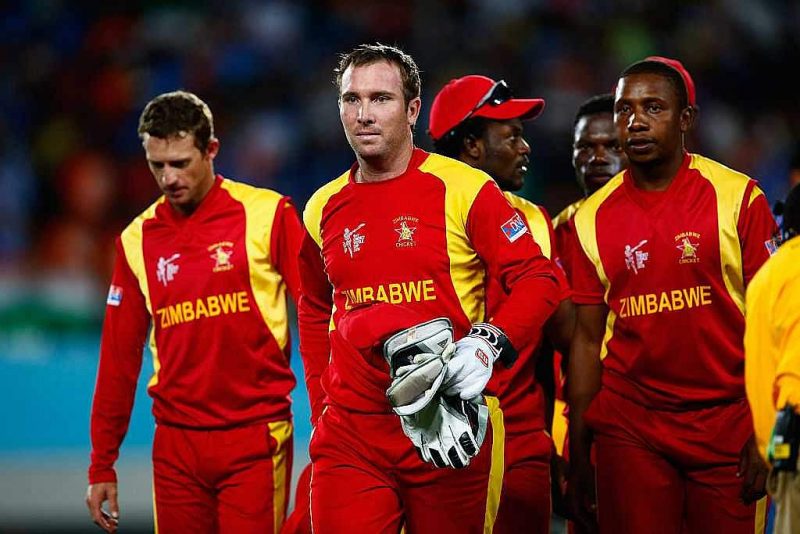 Zimbabwe is scheduled to play Australia and Pakistan in a T20I triangular series in Harare from July 1, to be followed a five match One-Day International series against Pakistan at Bulawayo’s Queens Sports Club from July 13.

The tours were earlier under threat due to Zimbabwe Cricket’s financial crisis but after negotiations with broadcasters and sponsors the board has managed to piece things together.

However, it has emerged that the matches could be in doubt after representatives of all contracted national team players threatened to sit out the games if the local cricket governing body does not advise them when it intends to settle their dues by noon next Wednesday.

“Zimbabwe Cricket will certainly be aware that each and every member of the said Chevrons is owed certain amounts arising out of their contracts with the union. These amounts arise out of, inter alia, their salaries, match fees and bonuses,” The players’ lawyer, Gerald Mlotshwa wrote to ZC on Thursday.

“Zimbabwe Cricket cannot simply choose to remain silent on a matter of paramount importance to our clients, and of material consequence to their contracts.

“The stance adopted by ZC is unprofessional, unconscionable and indicative of serious underlying governance and financial management shortcomings impacting of the solvency and going concern status of Zimbabwe Cricket.

Mlotshwa added: “Each of our clients demands written undertaking, on or before 12 noon, Wednesday 16th May, 2018, from Zimbabwe Cricket as to precisely when amounts due and payable to them shall be paid in full.”

“Failure to do so will, apart from our clients pursuing such legal remedies as may be available to them, place into serious jeopardy the upcoming triangular series in July, 2018.

“In this latter respect, we may consider advising our clients and other creditors, of the necessity, and desirability, of taking such corrective action, as creditors of Zimbabwe Cricket, including the placement of the organisation under judicial management or the equivalent thereof.

“Much will also depend on the sincerity and reasonableness of ZC’s response, and in particular the date by which it undertakes to clear all amounts due to each of our clients,” he said.

Zimbabwe cricket team players are reportedly yet to receive their salaries for March and April in addition to being owed match fees for all of the team’s assignments since last July’s tour of Sri Lanka.

After the Sri Lanka tour Zimbabwe went on to play Tests against the West Indies and South Africa in addition to One Day International (ODI) series in Bangladesh and the UAE before the ICC World Cup qualifying matches.

The action by the players come barely 48 hours after Youth, Sport, Arts and Recreation Minister Kazembe Kazembe revealed that government has tasked the Sports Commission to carry out an audit of the finances and general corporate governance of Zimbabwe Cricket.

Kazembe recently wrote to the SRC board chairman Edward Siwela informing him of government’s intentions to probe the operations of Zimbabwe Cricket which is reportedly facing a debt of over $19 million.

As a potentially crippling player striker looms, Zimbabwe is currently without a coach following a widespread purge following team’s failure to qualify for the World Cup, headlined by the sacking of Heath Streak and his entire coaching staff after they refused to resign.