DYNAMOS edged Bulawayo City 2-1 in a Castle Lager Premiership tie at Rufaro Sunday to register their first win of the campaign.

Coach Lloyd Mutasa has been aware of knives which were being sharpened following a spate of dreadful results which had left his side languishing at the foot of the table with a paltry three points from a possible 21.

But on Sunday after a sluggish first half in which his lads were dominated by Bulawayo City, Dynamos responded with two quick goals in the second half to seal victory, their first of the campaign.

What perhaps was amazing about this team was its resilience after conceding a penalty in the first minute when Marshall Machazane handled the ball in the penalty area under pressure from the visitors’ attack.

When Ishmael Wadi, stepped up to take the penalty, there was a deafening silence among the Dynamos supporters, as they appeared to sense that this game was going to be another heartbreak.

Fortunately for them, Wadi’s effort crashed against the cross bar, giving their side a life line.

The Glamour Boys however, struggled to stitch passes together with Timothy January and Wadi causing problems in the danger zone.

They also fluffed some opportunities with Quality Kangadzi guilty of a miss on 22 minutes after a set up by Kudzanai Dhemere.

Mutasa’s side however came into the second half a rejuvenated side with Cleophas Kapupurika’s contribution changing the complexion of the game after he was introduced on 51 minutes.

James Marufu drilled a low shot that beat the goalkeeper Wellington Muuya, profiting from a clever dummy by Kuda Kumwala on 71 minutes.

Still, DeMbare looked determined to wrap it up and Blessing Moyo scored the insurance goal from a free kick just outside the box on 77 minutes after a foul on Marufu.

Mutasa was pleased with the result.

“We are a bit relieved. I am sure it has been long overdue. But we are still in the murky waters,” he said after the game.

“It wasn’t an easy match, you know; coming from these draws and defeats it’s not easy to grind out a victory.

“I think it can probably add confidence to these young boys, if we train hard I think we will get these kinds of results. I think these young stars fought to get it, I hope we will do the same in the upcoming games.”

He continued; “I think the good part is that these young stars showed character and confidence despite considering a penalty in the opening minutes.

“They missed it; we managed to get a goal and they equalized and we went on to score again and I think for now I won’t ask for more.

“We can’t talk of relief considering the number of games we have played so far but it creates positivity and boost the team’s confidence. We still have more work to do.” 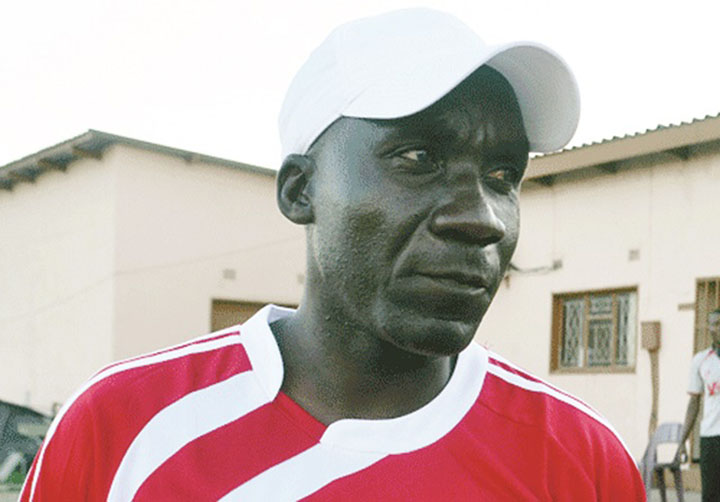 Not happy with his goalkeeper … Bulawayo City coach Darlington Dodo

Bulawayo City coach Darlington Dodo was disappointed and blamed his goalkeeper Muuya for the defeat. He however, remained hopeful of surviving relegation.

“It is very disappointing, but I think we had a good game plan. We did what we wanted. If you look at the way we started from the word go, we got a penalty within one and a half minutes and it showed the intent of getting an early goal.

“When you get a penalty in those minutes and you miss, probably that was going to be the turning point of the game because the whole of first half, we didn’t give them much space to play.

“We dominated, and we still kept on missing chances, it was unfortunate. If you look at the second half, the goalkeeper let us down; I don’t think he should have conceded those goals. They were scored from deep in midfield.

“We will try and work around and correct the errors that we noted today. We will regroup and try to get results in the next matches.”