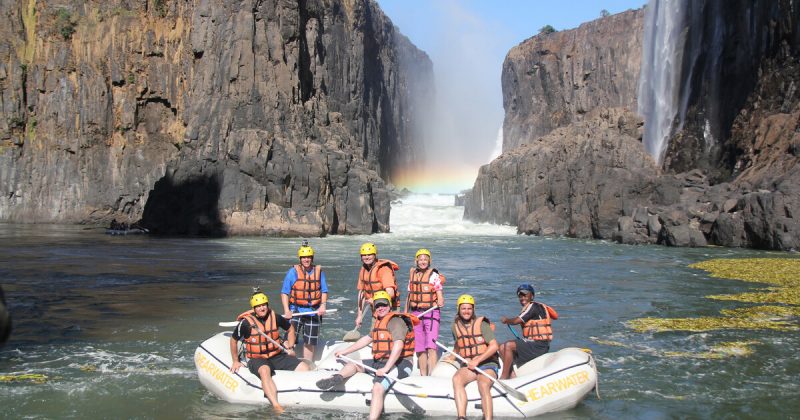 VICTORIA FALLS: White water rafting activities that were likely to be suspended due to the construction of the Batoka Gorge Dam here received a lifeline following recommendations to confine the new dam wall to only 175 metres.

Currently ZRA is finalising preparatory activities for the implementation of the project.

There have been concerns by the companies engaged in white water rafting under the Rafting Association of Zimbabwe (RAZ) who feared the project would drive them out of business.

The industry has been engaging ZRA authorities over the issue saying once the dam is built and the gorge inundated with water, Zambezi’s renowned white water rafting activities will be curtailed as rafting is impossible in high water.

There are about 10 rafting companies both in Zambia and Zimbabwe and all employ more than 300 people.

Closure of rafting will also likely affect tourism as the activity is one of the major revenue earners for the industry.

Rise in water levels will force rapids to disappear and make rafting impossible.

However, the rafting sector also fears the project will reduce their activities to only three months from nine months annually.

Rafting is usually suspended during the rainy season.

The Batoka Gorge currently has the largest population of the Falcon specie in the world.

“Among the mitigation measures is decision to limit the height of the dam to 175 metres instead of building it to the top of the gorge so as to prevent the water backflow from reaching and impacting areas of special interest such as the Victoria Falls, existing Zesco Limited Power Station, the Victoria Falls and Mosi-oa-Tunya national parks,” ZRA said in a statement.

“The other measures highlighted included the adopted reservoir rules that were developed with a view to ensure the balancing of power generation while allowing for the continuation of other river-based activities and environmental flows (e-flows). These include activities such as white water rafting and e-flows that would support the continued existence of downstream ecosystems.”

The ESIA report disclosure and stakeholder engagement process will continue up to 25 January 2021 for receiving concerns and comments regarding the planned implementation of the project.

Comments gathered during the disclosure period will be included in the final ESIA report while project implementation is expected to start in 2022 and completed in 2027.

The Zambezi River forms part of the border between the two countries and two 1 200MW power plants on either side of the river as well as a substation, transmission, township and road infrastructure could begin to produce electricity in 2028.

A consortium comprising the Power Construction Corporation of China and General Electric of the US has been selected as the contractor to develop the project estimated close to US$5 billion.