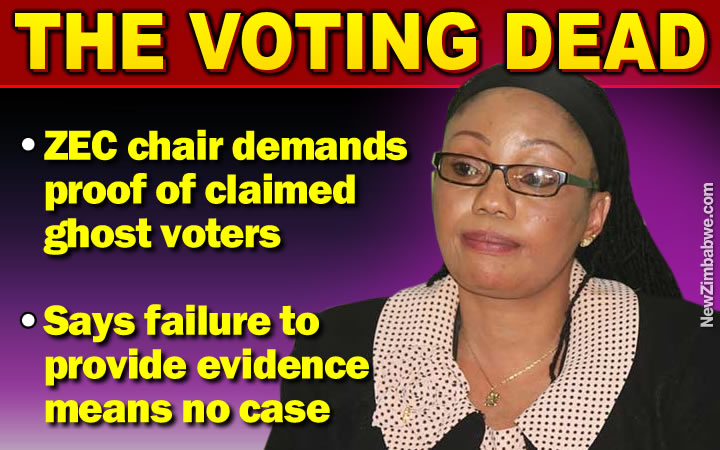 THE Zimbabwe Electoral Commission (ZEC) has defended its new electoral roll after allegations that thousands of fake names, duplicates and dead people are registered to cast ballots in a July 30 vote.

The roll has long been a contentious feature of elections and is accused of being at the core of vote rigging under former president Robert Mugabe.

Successor Emmerson Mnangagwa has vowed to break with the past, promising an election free of violence, intimidation and fraud.

But the opposition is not convinced.

On Thursday ZEC took out a full-page advert in local papers to dismiss allegations that the new roll – compiled via biometric registration – was riddled with errors.

It said it had “checked all alleged ghosts and is satisfied that the voters who have the same names and dates of birth are unique individuals with unique photographs and fingerprints.”

“These are neither ghosts nor duplicates as alleged,” it added.

The opposition Movement for Democratic Change (MDC) party has cited flaws in the roll among threats to the election’s credibility.

The party has vowed to stage a vigil at ZEC headquarters over issues including the voter roll, the ballot paper and biased state media.

ZEC denied that dead people could have been added to the roll.

“It is difficult to imagine how a dead person… could have resurrected and showed up at a registration centre between September 2017 and June 2018 to have their photo and fingerprints recorded,” ZEC chief Priscilla Chigumba said in the statement.

If the opposition has proof of the claimed ghosts, the Commission would welcome the evidence.

“The Commission would be pleased to receive a list of these dead voters for further investigation. In the absence of receiving such a list, we can only conclude that this is a false allegation,” said Chigumba.

She also revealed that some 8,146 registered voters had died before printing of the voters’ roll, adding that these had since been removed.

“In order to identify dead voters on the 2018 voters’ roll, the Commission engaged the office of the Registrar General who is responsible for the registration of births and deaths,” she said.

“During the compilation of the 2018 voters’ roll, the Commission noticed that several people shared identical ID numbers. Such cases were referred to the office of the Registrar General for verification. Some cases were resolved while a number are still under investigation.

“In order for the Commission to finalise the voters’ roll in time for the elections, 1 667 cases of duplicate ID numbers that are still under investigation were excluded from the voters’ roll and compiled in the Exclusion List.

The July 30 general election will be the first since the fall of Mugabe, who had ruled since independence from Britain in 1980.