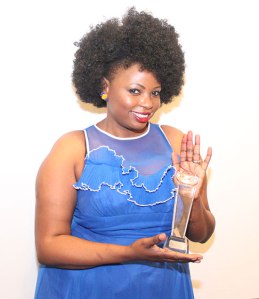 UK-BASED Zimbabwean fashion accessory designer, Pamela Samasuwo-Nyawiri, has been nominated for the prestigious Vogue and Muuse Talents Young Vision Accessories Award for ‘The Best Emerging International Fashion Accessories Designer’.
The award recognises the most influential emerging designers in fashion today and celebrates the reputation and development of fashion worldwide.
Pam is the first African to ever go through the nomination process for this award, and has whizzed through 10,000 potential accessory designers to be among the remaining 180 for the 2014 award.
Commenting on the nomination, Pam said she was humbled by the support she has received, adding that her main goal was to elevate the status of the African Fashion Industry.
She said while Africa continued to be used as inspiration by the West, it was still not taken seriously as a credible industry and that it was very frustrating to note that anything to do with fashion in Africa was credited to only a few African countries.
Pam highlighted that an opportunity like this spoke volumes on the potential of Zimbabwe and its ability to produce internationally recognised designers.
Her featured handbags are inspired by colonial theories (Victorian aristocrat meets Tribal), and Sleep Paralysis (Matsimbirira).

On her design aesthetic, Pam said she was inspired by the African way of life, and was interested in working with different materials.
“People often question why I don’t use African print in my designs. I think Africa can be represented in so many beautiful ways, using different materials. Africa is not about the print, it is how you story tell as a designer,” she said.
The first phase of the contest is a public vote to select just 50 finalists. The 50 designers with the most votes will be presented to Vogue Senior Fashion Editor and Vogue Talents Editors will select the final winner. The deadline for voting is February 17th 2014 at 12 noon GMT.
A further 10 finalists will also be entered in a final round of voting to find the people’s choice winner, and this takes place on Vogue from February 26th to March 5th 2014.
Nominations for this award are made by key opinion formers within the fashion industry and the award seeks to recognise an individual who embodies the spirit of “fashion forward” and is an international ambassador.Advertisement

One of the most well-known and outspoken fashion designers Stella McCartney received a similar award by Vogue in 2000.
To ensure Pam continues her representation of the African fashion Industry while flying the flag for Zimbabwe, please Vote for her on http://vogue.muuse.com/#!vote by searching her name or country (Zimbabwe).
Besides a degree in Fashion Accessory Design from Nottingham Trent University, Pam also has a qualification in Journalism and worked for Community Newspaper Group (CNG) in Zimbabwe before she moved abroad. She is the Creative Director of Vanhu Vamwe (www.vanhuvamwe.com).