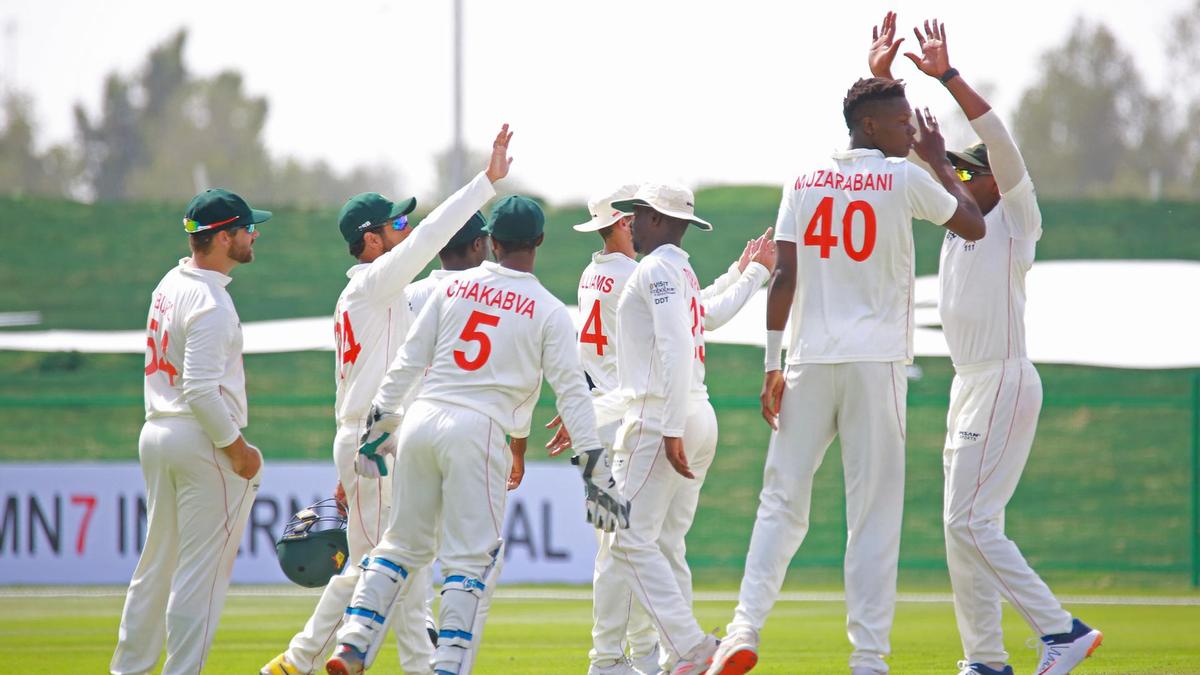 ZIMBABWE took early control of the first day of the Test against Afghanistan on Tuesday after a superb bowling performance from fast bowlers Blessing Muzarabani and Victor Nyauchi was later backed up by captain Sean Williams at the Sheikh Zayed Stadium in Abu Dhabi, UAE.

On a thrilling opening day in which 15 wickets fell, Zimbabwe did the unexpected after being asked to bowl first, when they bowled out Afghanistan for just 131 inside 47 overs.

The duo was well supported by the trio of Donald Tiripano, Sean Williams and Sikandar Raza who also claimed a wicket each as Zimbabwe put up a strong bowling performance.

Afsar Zazai top-scored for Afghanistan with 37 runs while Ibrahim Zadran made 31 while the rest failed to fire with the bat.

After laying a solid foundation with the ball, Zimbabwe almost undid all their good work after being reduced to 109 for 5 after Amir Hamza grabbed a four-wicket haul.

However, the Chevrons had skipper Sean Williams to thank as he rescued the innings with a captain’s knock to guide the team to 133 for 5 from 39 overs before the stumps were drawn.

After the quartet of Kevin Kasuza (0), Tarisai Musakanda (7), Prince Masvaure (15) and debutant Wesley Madhevere (0) perished early, Zimbabwe were in danger of failing to take full advantage of Afghanistan’s earlier collapse.

Williams however played a mature innings to reach his fourth Test half century which include five boundaries.

He shared fifth wicket partnership stand of 71 runs with Sikandar Raza, who scored 43 off 62 balls.

Raza however gave his wicket away with a reckless shot a few minutes before close of play to briefly hand the initiative back to Afghanistan.

Crucially for Zimbabwe, Williams remained unbeaten on 54 along with Ryan Burl who was unbeaten on one as the Chevrons went ahead by two runs with five wickets ahead at close of play.

Spinner Hamza Hotak took four wickets for 61 in 17 overs while seamer Yamin Ahmadzai grabbed a wicket before he left the field with an ankle injury.