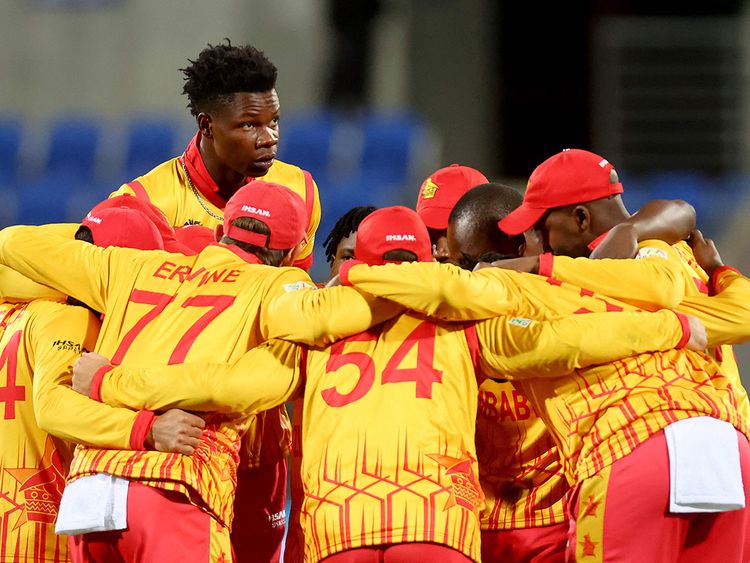 After winning the toss and electing to bat first in their first-ever match at the T20 World Cup, Zimbabwe recovered from a top-order batting collapse to post a competitive 79 for five after the match was reduced to nine-overs-a-side.

The Chevrons lost a flurry of early wickets as they slumped to 12 for three inside three following the dismissals of openers Craig Ervine (2) and Regis Chakabva (8)as well as Zimbabwe’s dangerman Sikandar Raza for a duck.

Sean Williams was run out for one in the next over before a 53-run partnership between Wessly Madhevere and Milton Shumba ensured Zimbabwe posted a decent total on the board despite their early struggles.

Madhevere top-scored with an unbeaten 35 off 17 while Shumba added 18 before being dismissed off the last ball of the innings.

The Proteas were 51 for no loss in 3 overs before rain spoiled their party and ensured a share of the points on offer.

Zimbabwe will play Pakistan in their next Super 12 match in Perth Thursday, while South Africa face Bangladesh, who kicked off the tournament with a laboured 9 run win over the Netherlands in an earlier game Monday.